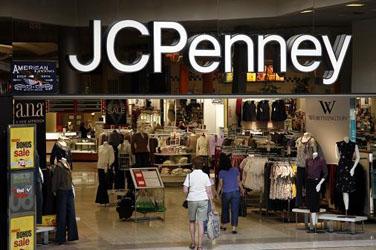 In its ongoing bid to get back on its feet, embattled retailer JC Penney Company, Inc. (JCP) announced after Wednesday’s closing bell that it is shuttering 33 underperforming stores across the U.S., including five stores in Wisconsin, a state where rival Kohl’s (KSS) has a strong presence. With that comes the dismissal of approximately 2,000 employees.

Penney’s has shed more than 40,000 positions in the last couple years, against a backdrop of diving sales.

According to a company statement the Fond du Lac store is one of more than two dozen across the country that are under performing, leading to its shutdown. Shoppers we spoke with say they’re surprised the store will be closing, but they’ve also seen a decrease in patrons during the past couple of years.

“They’ve had changed over the years,” says Shirley Elford of Mayville. “I know in trying to stay in business they had made some changes and it just wasn’t as appealing and it wasn’t the old JCPenney so I think probably people quit going for that reason.”

About 50 employees will be losing their job when the store closes, but company officials say they will work to place some of those people at other nearby locations. In the meantime, Simon Malls, who owns the property, will be looking for a replacement tenant.

Adds Dyann Benson, “Certainly we hope that the owners of the mall will be able to creatively think about some different opportunities and kind of make sure the mall remains stable.”

In an email to Action 2 News company officials say the store will close on or before May 3rd.

Web articles – via partners/network co-ordinators. This website and its contents are the exclusive property of ANGA Media Corporation . We appreciate your feedback and respond to every request. Please fill in the form or send us email to: [email protected]
Previous: Reality tv stars : Jon Gosselin Reveals He Can’t Have Any More Children
Next: Mystery Mars Rock Appears Near Opportunity Rover