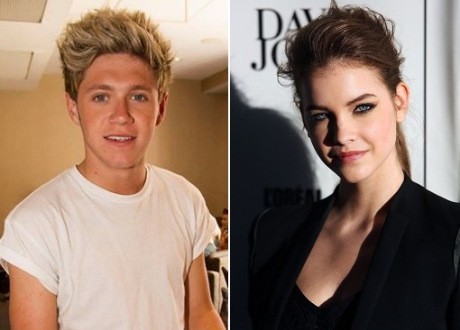 Horan's mum not ready to settle down

Just minutes ago we reported that Niall Horan was apparently getting quite serious, quite quickly with Hungarian model Barbara Palvin, after being spotted out with her twice this week and reportedly introducing her to his bandmates as his ‘date’ during a cinema trip recently.

It’s said that the Irish star is rather hung up on the brunette beauty but if he is, he hasn’t told his mum yet, because she’s insisted that the One Direction star is single and not ready to settle down just yet.

When speaking with the Irish Independent, his mom, Maura, said, “I don’t think Niall is ready yet for a serious girlfriend. He’s a real happy-go-lucky lad. He wants to enjoy life and isn’t ready to settle into a steady relationship as far as I know just yet.”

And if anyone knows about his love life, it has to be his mom! She insists her son has a lot of female friends, but there’s nothing going on with them despite what people think.

“When he has something to tell me, he’ll tell me,” Maura said. “He’s a good gentle character himself. There are in that position where they’ll meet lots of people and girls. A girl he’ll go for dinner with here and to the pictures with there – but I’m not sure they are all girlfriends.”

Do you agree with Niall’s mom that he should stay single? Do you think it’s cute she’s so protective of him? Let us know in the comments below!

Web articles – via partners/network co-ordinators. This website and its contents are the exclusive property of ANGA Media Corporation . We appreciate your feedback and respond to every request. Please fill in the form or send us email to: [email protected]
Previous: George Clooney : Actor says he hasn’t yet met his greatest love of real life
Next: YotaPhone : Double-sided Russian smartphone to take on market leaders