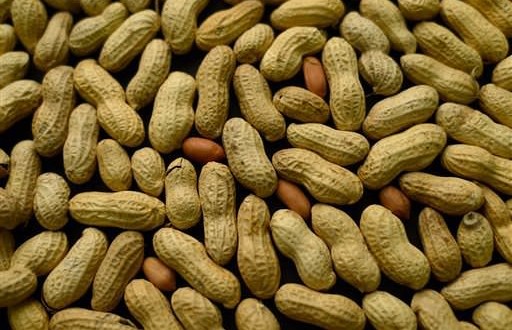 Peanut allergy can be reduced by eating peanuts, study shows

Peanut allergy can be reduced by eating peanuts, study shows

Peanut allergy is on the rise and that has led to a lot of confusion about our children and introducing peanut butter. Now a new study shows that the majority of infants at high-risk of developing peanut allergy are protected from peanut allergy at age 5 years if they DO eat peanut frequently! The results suggest starting within the first 11 months of life.

Peanut allergies can have a big impact on a person’s life, due to their potential inclusion in many foods. Estimates suggest that 1-3% of children in Europe and the US are affected and while it is unknown how many people in Ireland have such allergies, they are currently the most common cause of severe and life-threatening allergic reactions that are related to food.

UK scientists looked at 640 children aged between four and 11 months. All were considered at high risk of developing a peanut allergy, due to pre-existing severe eczema and/or an allergy to eggs.

The study found that by the age of five, over 17% of the children who had avoided peanuts developed an allergy. However, among those who had regularly eaten peanuts, this figure was just over 3% – representing a greater than 80% reduction in the prevalence of peanut allergy.

The study noted that while infants were not given whole peanuts due to the risk of choking, their tolerance of foods containing peanuts was good.

The scientists concluded that the early, frequent consumption of peanuts is safe among young children and is associated with a big fall in the development of peanut allergies among high-risk infants.

“This is an important clinical development and contravenes previous guidelines. Our study suggests that new guidelines may be needed to reduce the rate of peanut allergy in our children,” commented lead scientist, Prof Gideon Lack, of King’s College London.

He pointed out that infants who were already showing signs of peanut allergy were not included in this study and the ‘safety and effectiveness of early peanut consumption in this group remains unknown and requires further study’.

“Parents of infants and young children with eczema and/or egg allergy should consult with an allergist, paediatrician, or their GP prior to feeding them peanut products,” Prof Lack added.

Web articles – via partners/network co-ordinators. This website and its contents are the exclusive property of ANGA Media Corporation . We appreciate your feedback and respond to every request. Please fill in the form or send us email to: [email protected]
Previous: 19 manatees freed after being stuck in drain (Video)
Next: Bill O’Reilly Threatened a New York Times Reporter “Emily Steel”