Home » World » Pharmacy robber sick child, ‘Give me all the money’ 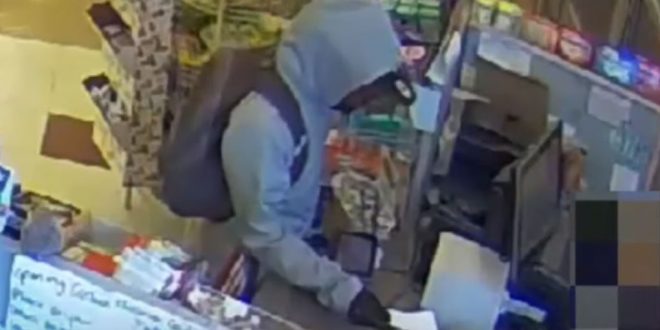 Pharmacy robber sick child, 'Give me all the money'

Pharmacy robber sick child, ‘Give me all the money’

Pharmacy robber sick child, ‘Give me all the money’.

Philadelphia police say a man walked into a pharmacy last week and handed the cashier a note demanding “all the money” in the register because he had a sick child at home.

The case marks the second time in past six months that a suspect cited an ill child in an attempted robbery in the city.

Philadelphia police said the most recent robbery occurred last Friday just before noon when an unknown man walked into a Rite Aid with a grey hoodie pulled over his head. Surveillance video shows the man walking around the store before approaching the cash register.

The suspect places something on the counter, which the cashier scans and places in a plastic bag. The suspect then hands the cashier a note on a crumpled piece of paper.

Police said the note read, in part: “Give me all the money. I’m sorry, I have a sick child. You have 15 seconds.”

As the cashier reads the note, the suspect leans over the counter and gestures to the open plastic bag. The cashier can be seen in the video placing cash in the bag.

The suspect walked out of the store with an undetermined amount of money and fled on foot, police said. There were no reports of injuries.

The robbery resembles a similar case reported last summer. In July, a man disguised in a green raincoat entered a Philadelphia smoke shop with a handgun and demanded that the cashier open the register.

However, police said that when the cashier opened the register, the suspect said: “You know what, I’m not gonna do it to you, it’s not gonna help my daughter’s transplant.” He then left the store without taking any money.

Web articles – via partners/network co-ordinators. This website and its contents are the exclusive property of ANGA Media Corporation . We appreciate your feedback and respond to every request. Please fill in the form or send us email to: [email protected]
Previous: Sunrise devil horns, incredible shot of sunrise that appears (Photo)
Next: Iran Ukrainian plane crash, What we know so far