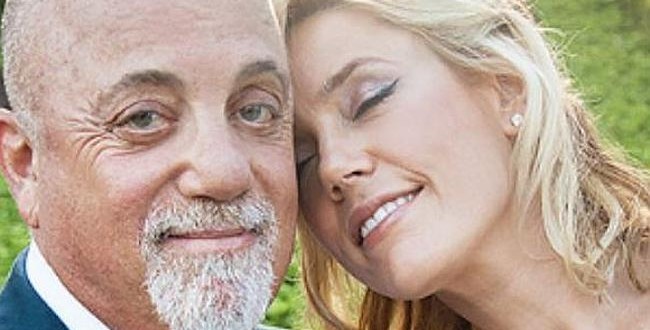 The newly-weds have been together for six years and are expecting their first child later this year.

33-year-old Roderick, a former Morgan Stanley executive, first met Joel at a restaurant in Long Island. She told the NY Daily News, “He was going to dinner. I wasn’t. And we were friends for a while before we started dating.”

New York Governor Andrew Cuomo, actor Kevin James and Joel’s 29-year-old daughter Alexa Ray Joel from his marriage to model Christie Brinkley were among the guests at the ceremony.

According to 66-year-old Joel’s spokeswoman, the couple “surprised guests at their annual July 4 party by exchanging vows in front of their family and close friends”.

Christie Brinkley, to whom Joel was wed for nine years, shared a photo of the couple and congratulated the pair. “Congratulations to the glowing bride and groom,” she said. “And to my daughter Alexa, who has a wonderful friend in Alexis! Wishing the growing family every happiness!”

Web articles – via partners/network co-ordinators. This website and its contents are the exclusive property of ANGA Media Corporation . We appreciate your feedback and respond to every request. Please fill in the form or send us email to: [email protected]
Previous: Deaths of three men in Montreal-area home linked to earlier shooting
Next: Aly Raisman in ESPN’s Body Issue: “Everything I put into my body is for gymnastics” (Video)