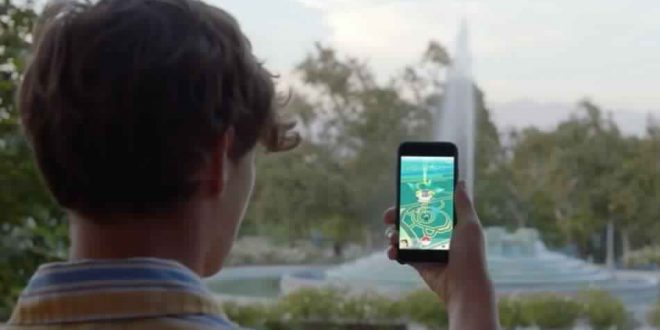 The Department of National Defence says military police have responded to incidents this month of people trespassing on Canadian Armed Forces bases in Ontario and Nova Scotia while playing the popular smartphone game.

A spokesperson said military police have reported “Pokemon Go occurrences” at three bases — CFB Borden and 22 Wing North Bay in Ontario, and 14 Wing Greenwood in Nova Scotia — within the first week of the game’s release.

“In the interests of public safety, Pokemon Go players must refrain from attempting to access defence establishments without authorization for the purpose of searching for Pokemon,” said a statement released by Natasha Leduc, an assistant public affairs officer for CFB Halifax.

“A Pokemon Go player found on a defence installation who is not authorized to be there could face sanctions, including a warning, a citation and fine, or arrest and prosecution.”

The highly popular game sends players into the real world to search for the mythical digital pocket monsters, known as Pokemon, with their iPhones or Android devices. Players are encouraged to roam their city to visit so-called Pokestops to collect supplies and visit gyms to battle other players.

Pokemon characters have also been spotted in Canadian police stations and hospitals, prompting polite requests that players stay safe, alert and respectful of their surroundings. Corrections Canada, though, tweeted a warning that players refrain from hunting at Stony Mountain Institution, a federal prison in Manitoba where players were apparently seen on the grounds.

At CFB Halifax, officials sent a memo noting the base “is appearing in the virtual world that is the global phenomena of Pokemon Go.”

The memo tells all personnel they must show government ID before accessing the base, and cautions that duty officers will respond to “suspicious activity,” including: wandering the base while staring at phones, hopping fences to get into controlled sites or abandoning vehicles on the side of the road to gain access to the base.

“Remember that your actions while playing this game can look suspicious to others who are not aware of the phenomena and that just because someone is looking down at their phone and wandering the base this does not simply mean that they are playing this game,” it said. “If it looks suspicious, say something, or if you feel unsafe, contact the MPs or Duty Watch and report the activity.”

Leduc said the augmented-reality game has not yet been banned at bases, but military personnel and civilians are discouraged from playing near defence establishments.

Players have been spotted at the Canadian Museum for Human Rights in Winnipeg and the National Cemetery of Canada in Ottawa, where officials said they were welcome so long as they remained respectful.

It’s been a different story elsewhere, with the U.S. Holocaust Memorial Museum in Washington, D.C., and Arlington National Cemetery in Virginia both explicitly asking visitors not to play the game there.

There have also been concerns about Pokemon fans playing at the former Nazi death camp Auschwitz and the 9/11 Memorial in New York City.

Web articles – via partners/network co-ordinators. This website and its contents are the exclusive property of ANGA Media Corporation . We appreciate your feedback and respond to every request. Please fill in the form or send us email to: [email protected]
Previous: Microsoft’s Surface Pro 3 battery woes attributed to software “Report”
Next: Exotic White Dwarf strikes companion star with high-energy pulse