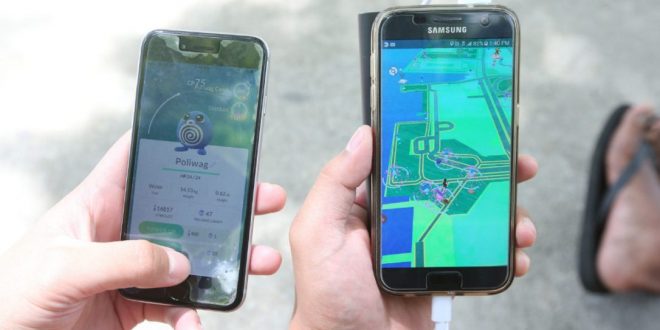 Two Canadian teenagers were apprehended by U.S. Border Patrol agents Thursday night after they inadvertently — and illegally — crossed the U.S.-Canada border while playing the location-based game on their phones, officials said.

“Both juveniles were so captivated by their Pokemon Go games that they lost track of where they were,” said Border Patrol spokesman Michael Rappold.

Agents found the pair walking southbound from Canada into the United States. Authorities briefly apprehended them before releasing them to their mother at a nearby border patrol station, according to authorities.

Officials did not release their names.

Players attempt to catch “Pocket Monsters” – or Pokemon – in “Pokemon Go.” The game has gained widespread popularity since its release in early July.

Web articles – via partners/network co-ordinators. This website and its contents are the exclusive property of ANGA Media Corporation . We appreciate your feedback and respond to every request. Please fill in the form or send us email to: [email protected]
Previous: Tiger Mauls Woman To Death At Beijing Wildlife Park (Video)
Next: Next Generation Mazda MX-5 could use carbon fiber to cut weight