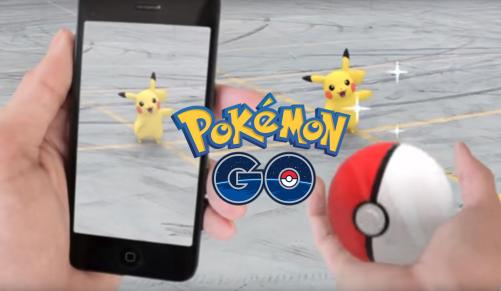 “Pokémon Go,” which is currently available in over 30 countries, including the U.S., Canada and much of Europe, was expected to be released in Japan on Wednesday. But, the companies behind the game have decided to delay the launch in the country, a media report said Wednesday, citing a source close to the matter.

Nintendo’s shares suffered a rare bad day, tumbling 13 percent, but they are still up 86 percent since its US launch earlier this month.

The game’s creators said the Japan release date has not yet been decided but reportedly they are concerned that demand would be so high there would not be enough server capacity to cope.

Last Friday John Hanke, chief executive of game developer Niantic, told Reuters they were being extra-cautious in Japan, given the level of expectation and large numbers of players.

“The technical challenge for us is having enough server capacity on the back end to handle that number of users,” he said.

That didn’t satisfy some gamers. “Isn’t Japan the home of Pokemon? I beg them to hurry up!,” said Toshihide Onchi, a 40-year-old system engineer who took part in the trial of the game’s beta version.

Investors and analysts are betting the success of the game, available officially in 35 countries and played in many more, will be transformational for Nintendo.

While Pokemon GO will not prove a major direct boost, it could prompt Nintendo to cash in more effectively on an extensive catalogue of characters.

Until Pokemon GO, the company had focused on more profitable consoles pretty much ignoring mobile games.

Web articles – via partners/network co-ordinators. This website and its contents are the exclusive property of ANGA Media Corporation . We appreciate your feedback and respond to every request. Please fill in the form or send us email to: [email protected]
Previous: Second woman attacked by bear near Canmore
Next: Brain map identifies 97 previously unknown regions, says new study