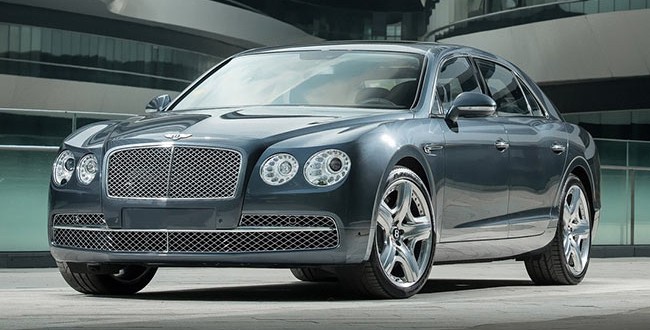 News that England’s Prince William has recently added a £250,000 (Shs 1.02tn) Bentley to his garages is likely to make him the envy of many fathers-to-be up and down the country.

The Flying Spur, which the Duke and Duchess of Cambridge will use for high-profile official engagements, is one of the world’s fastest saloon cars with a top speed of 200mph (320km/h).

Confirming the Duke and Duchess were using the luxury vehicle their spokesperson confirmed to Hello magazine: “The Bentley is being leased by the Duke and the Duchess of Cambridge and Prince Harry for official engagements, which is no different to any other member of the Royal family.”

The car is extra secure, including triple glazed, bullet-proof windows which are 1.5 inches thick as well as hardened steel armour and tyres that won’t deflate if punctured. And it’s not just the exterior of the car that suits the royals, inside the passengers are treated to a luxurious ride.

As well as DVD players, intergrated Wi-Fi and massage and heating options for the seats it also boats a champagne cooler – so we doubt the couple will get bored being ferried to and from events.

Web articles – via partners/network co-ordinators. This website and its contents are the exclusive property of ANGA Media Corporation . We appreciate your feedback and respond to every request. Please fill in the form or send us email to: [email protected]
Previous: Jennifer Lawrence Calling Someone Fat Should Be Illegal
Next: Glaxo to stop paying doctors to pump its drugs (VIDEO)