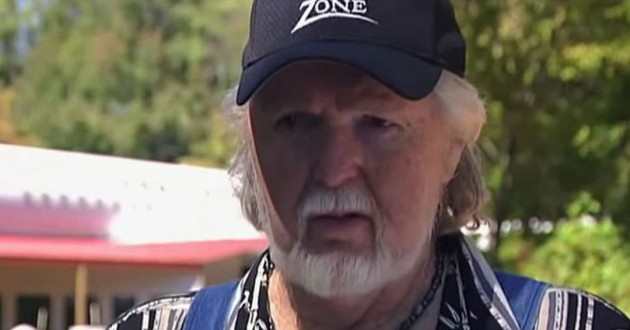 Red Lane, a 1993 inductee into the Nashville Songwriters Hall of Fame and co-writer of the Tammy Wynette hit “‘Til I Get It Right,” among numerous other enduring songs, died Wednesday night near Nashville after a battle with cancer. He was 76 years old.

Born Hollis Rudolph DeLaughter in Zona, La., on Feb. 2, 1939, Red Lane learned to play guitar from his father, a sharecropper, at the age of 10. Lane’s dad sold his favorite .22 rifle to buy a guitar, and although he didn’t know it at the time, it was a great purchase, as music would become an instrumental part of Lane’s life, career and legacy.

After Red Lane finished high school in Indiana, he joined the Air Force, but according to the Tennessean, color blindness prevented him from his goal of serving as a pilot. Instead, he became an aircraft engine mechanic, but he never lost his love for airplanes. In fact, for more than 30 years, he lived in Ashland City, Tenn., in a 170-passenger Douglas DC-8 jet that he converted into a home. (Press play on the video above to see the unique living space.)

During his last year in the Air Force, in 1958, CMT reports that Lane began playing his guitar six nights at week at nightclubs; he used the name Red Lane to avoid any conflicts with the military brass, who looked down on servicemembers performing in clubs. That stage time sparked something in Lane, and once discharged, he toured the country with several different bands. In 1964, he met Grand Ole Opry star Justin Tubb, who hired Lane to play in his band.

As an artist himself, Lane released numerous songs on RCA in the early 1970s, including “The World Needs a Melody” — but he found more success writing songs for others. His writing portfolio includes “Blackjack County Chain” (Willie Nelson, the Del McCoury Band), “‘Til I Get It Right” (Tammy Wynette), “The Eagle” (Waylon Jennings), “My Own Kind of Hat” (Merle Haggard), “Tell Me Something Bad About Tulsa” (George Strait) and “He’ll Be Back” (Lee Ann Womack). Lane also played guitar on recordings by Haggard, Johnny Cash, Clarence “Gatemouth” Brown, Bobby Bare, Nelson and Jennings, and played in Haggard and Dottie West‘s bands.

In 1993, Red Lane was inducted into the Nashville Songwriters Hall of Fame, and in 2010, he was honored in the Country Music Hall of Fame and Museum’s Poets and Prophets series.

Red Lane’s funeral arrangements are not yet available.

Web articles – via partners/network co-ordinators. This website and its contents are the exclusive property of ANGA Media Corporation . We appreciate your feedback and respond to every request. Please fill in the form or send us email to: [email protected]
Previous: Aly Raisman in ESPN’s Body Issue: “Everything I put into my body is for gymnastics” (Video)
Next: Tom Cruise Leaving Scientology For Daughter Suri: ‘He’d Face Massive Consequences’ – Ex-Member