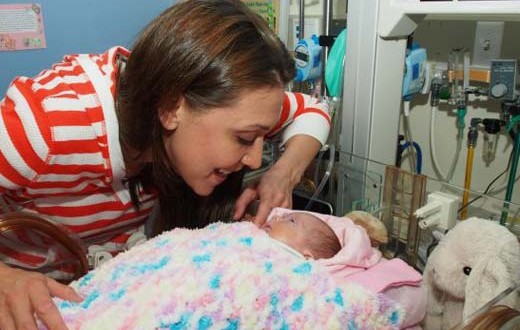 After spending months under the supervision of doctors in California, U.S. Rep. Jaime Herrera Beutler’s infant daughter got to come home to Camas this week.

Herrera Beutler shared the good news in a statement Wednesday. She also announced she would travel to Washington, D.C., this week to vote on a federal budget deal, and that she would resume her full congressional duties in January.

“It is the worst moment in your life,” Jaime, a U.S. representative from Washington state, told Savannah Guthrie of THE TODAY SHOW.

“He was looking at us, he was telling us ‘your baby has no options.’ It’s incompatible with life, it’s terminal. And at that moment, she was moving. She was moving in me, and he is telling me she’s not going to live,” she told Guthrie. “It was an amazing reality check.”

The congresswoman and her husband refused to give up hope. Doctors at Johns Hopkins Hospital offered an ingenious therapy: inject saline solution to offset the missing amniotic fluid. (“Jaime said they learned about the Johns Hopkins physician after another parent slipped her a name and said, ‘Here’s a doctor who might try,’” according to Eun Kyung Kim who wrote the story that appeared on the TODAY website.)

After the treatment, Abigail was born prematurely July 15 with fully developed lungs. “Her kidneys weren’t functioning, though, and she was whisked off to the California hospital for dialysis treatments,” according to Stevie Mathieu, writing for The Columbian.

Web articles – via partners/network co-ordinators. This website and its contents are the exclusive property of ANGA Media Corporation . We appreciate your feedback and respond to every request. Please fill in the form or send us email to: [email protected]
Previous: Highest Paying professions in 2013
Next: Ivanka Trump Shares Adorable Photo of Baby Son Joseph