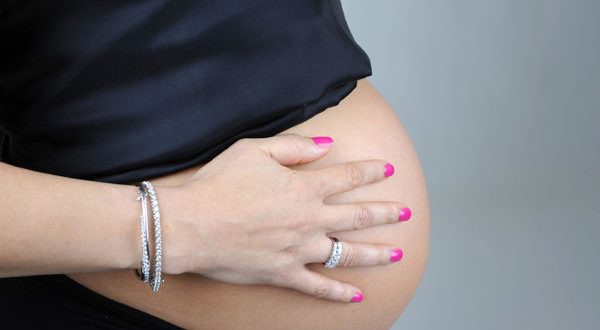 Research challenges view that women should stay upright during labour

Research challenges view that women should stay upright during labour

The idea that lying down while giving birth is a bad thing has been challenged by researchers.

Women are often told to stay active in labour or adopt upright positions to prevent slowing down delivery, ease pain and reduce the chance of needing intervention such as forceps.

But a new study has found that women are actually more likely to have a natural birth without any intervention if they lay on their side rather than staying upright.

Professors Peter Brocklehurst and Christine McArthur, as well as statistics lead Pollyanna Hardy, of the University of Birmingham, and their colleagues within the Epidural and Position Trial Collaborative Group were behind the randomised controlled trial involving 3,093 women who gave birth across 41 UK hospitals between October 2010 and January 2014.

The aim of the BUMPES trial, funded by the National Institute for Health Research, was to investigate whether adopting an upright position in the second stage of labour in first-time mothers who have a low-dose epidural would lead to an increase in the number who had a spontaneous vaginal birth – without the need for forceps or suction.

The results of the study, in which women were randomly allocated an upright or lying down position (lying on the left or right side) during the later stages of labour were published today in The BMJ.

In the UK, around 30% of women choose to have an epidural as it’s the most effective form of pain relief in labour. However, having an epidural leads to an increased risk of an instrumental vaginal birth (forceps or vacuum).

The position a woman is in during the second stage of labour (after the cervix is fully dilated) has been suggested to have an effect on the risk of an instrumental vaginal birth and current existing guidance in the UK recommends that women with an epidural should be encouraged to adopt an upright position.

Professor Peter Brocklehurst, of the Institute of Applied Health Research at the University of Birmingham, said: “The study provides evidence that first time mothers with an epidural who lie down on their side during the second stage of labour are more likely to have a spontaneous vaginal birth, with no apparent disadvantages in relation to short or longer term outcomes for mother or baby.

“Like all clinical trials, the study does have its limitations and we can only speculate about the mechanism by which a lying down position increases the chance of a spontaneous vaginal birth.

“However, the evidence we have found from this large trial group provides an easy and cost-free intervention in our labour wards. Pregnant women, in consultation with their healthcare providers, can now make informed choices about their position in the second stage of labour.

“The results from this trial apply only to first-time mothers in the second stage of labour with low dose epidural analgesia. Therefore it is unclear what the findings may mean for women who have given birth before and are in labour with an epidural. However, given the clear benefit of the lying down position, perhaps all women who have an epidural should be offered the choice of adopting a lying down position in the second stage until we know otherwise.”

He said that the results of the BUMPES trial strongly support the need for a similar large trial to find the best position for women in the second stage of labour who do not have an epidural.

Web articles – via partners/network co-ordinators. This website and its contents are the exclusive property of ANGA Media Corporation . We appreciate your feedback and respond to every request. Please fill in the form or send us email to: [email protected]
Previous: Tablets and Smartphones Hurting Sleep of Teens, Says New Study
Next: Oklahoma: Comanche senior scores 65-yard touchdown in a wheelchair