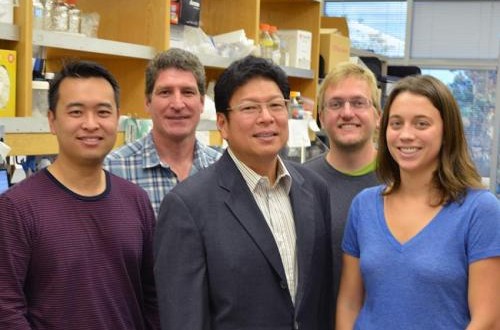 Alzheimer’s patients have brains with significantly more genetic variation than normal brains, including extra copies of a gene linked to the disease, according to a study led by scientists at The Scripps Research Institute.

“Our findings open a new window into the normal and diseased brain by providing the first evidence that DNA variation in individual neurons could be related to brain function and Alzheimer’s disease,” said Jerold Chun, professor at TSRI and its Dorris Neuroscience Center and senior author of the new study.

A Devastating Disease of Unknown Cause

Alzheimer’s disease is an irreversible brain disease that tends to strike older people. It is progressive—impairing memory, destroying motor skills and eventually causing death. The U.S. Centers for Disease Control and Prevention estimates 5.3 million Americans currently have Alzheimer’s disease, and that number is expected to double by 2050 as the population ages.

Scientists still do not know what triggers the majority of Alzheimer’s cases, making it difficult to develop a treatment. Some genes have been identified in families, however 95 percent of cases are “sporadic,” with no link to a gene or family history of Alzheimer’s.

Researchers have long known about disease-related protein accumulations (called amyloid plaques) in the brains of Alzheimer’s patients. They’ve also known that chromosome 21 plays a role in the disease, due to Alzheimer’s-like symptoms in people with Down syndrome (with three copies of chromosome 21). This chromosome contains the APP gene, which can lead to production of the primary component of the damaging amyloid plaques.

Chun and his laboratory group have had a longstanding interest in genomic variation among brain cells, which produces “genomic mosaicism.” In 2001, Chun was the first to report that the brain contains many distinct genomes within its cells—much like the colorful tiles in an artist’s mosaic.

“When we started, genomic mosaicism in the brain was not recognized,” said Chun. “But it turns out there is a remarkable range of genomic changes encompassed by DNA content variation in single brain cells.”

The Alzheimer’s Brain as a Mosaic

In the new study, Chun and his colleagues first set out to analyze the overall DNA content in cells, comparing 32 post-mortem Alzheimer’s brains and 21 post-mortem non-diseased brains.

Remarkably, the researchers found that more than 90 percent of sporadic Alzheimer’s disease brains displayed highly significant DNA increases of hundreds of millions more DNA base-pairs, compared with control samples, showing that genomic mosaicism was altered in the Alzheimer’s brain. Interestingly, these changes were not found everywhere, but were greatest in a part of the brain involved with complex thought.

The tests showed that neurons from patients with sporadic Alzheimer’s disease were four times as likely to contain more than the normal two copies of APP, with some Alzheimer’s neurons containing up to 12 copies of APP, a phenomenon never seen in the controls.

“A lot of people are still not aware of genomic mosaicism in the brain, so to be able to connect it with a disease is really interesting,” said Gwen Kaeser, a graduate student studying in Chun’s lab and co-first author of the study with former graduate student Diane Bushman.

A Clue to Other Brain Diseases

While genetic tests on blood samples can reveal if a person is prone to developing an inherited, familial form of Alzheimer’s, most people who develop Alzheimer’s do not test positive. The new study suggests that such genetic signatures might be lacking in the blood of the majority of patients because the genomic signatures of sporadic Alzheimer’s disease occur within individual brain cells.

Indeed, a majority of major brain diseases are also sporadic. For example, amyotrophic lateral sclerosis (ALS) can be linked to a gene in one to two percent of cases, but the rest are sporadic, having no known cause. Chun believes genomic mosaicism could possibly have a role in other brain diseases.

Future studies in the Chun lab will investigate the relationship between mosaicism and disease, the causes of mosaicism and potential new disease drug targets present in the millions of extra base-pairs found in single, Alzheimer’s disease neurons.

Web articles – via partners/network co-ordinators. This website and its contents are the exclusive property of ANGA Media Corporation . We appreciate your feedback and respond to every request. Please fill in the form or send us email to: [email protected]
Previous: Joseph Pepin, Cara Duval, missing from North Bay hospital found in Quebec
Next: Sarah Palin returns to ‘SNL’, report says