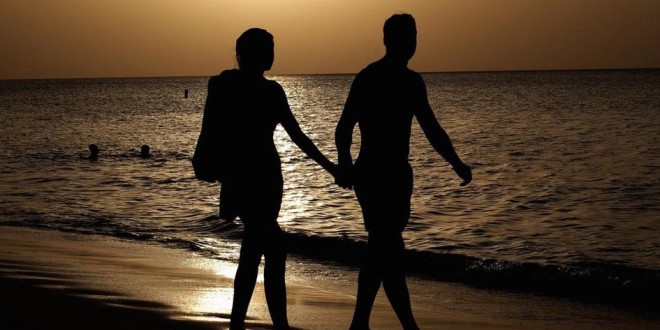 Researchers just not that into opposites attract theory

Kansas Researchers just not that into opposites attract theory

Think you’ll find your true match in someone who’s different from you? An American research suggests that probably won’t happen, as humans are drawn to like-minded people.

The study by Wellesley College and the University of Kansas says people in relationships do not gradually become similar – they were already that way to begin with.

The investigation’s findings are presented in “Similarity in Relationships as Niche Construction: Choice, Stability, and Influence Within Dyads in a Free Choice Environment,” published in the current issue of the Journal of Personality and Social Psychology, the field’s most respected journal. Assistant Professor of Psychology Angela Bahns (Wellesley College) and Professor of Psychology Chris Crandall (University of Kansas) are the paper’s lead authors.

In what might be considered a paradigm shift, the study’s most surprising finding may be that people in relationships do not change each other over time. Instead, Bahns and Crandall’s evidence places new emphasis on the earliest moments of a relationship–revealing that future friends or partners are already similar at the outset of their social connection, a major new finding, say the authors.

“Picture two strangers striking up a conversation on a plane, or a couple on a blind date,” says Bahns. “From the very first moments of awkward banter, how similar the two people are is immediately and powerfully playing a role in future interactions. Will they connect? Or walk away? Those early recognitions of similarity are really consequential in that decision.”

Whether or not a relationship develops could depend on the level of similarity the two individuals share from the beginning of their meeting. “You try to create a social world where you’re comfortable, where you succeed, where you have people you can trust and with whom you can cooperate to meet your goals,” Crandall said. “To create this, similarity is very useful, and people are attracted to it most of the time.”

Bahns adds, “Though the idea that partners influence each other is central in relationships research, we have identified a large domain in which friends show very little change– personality, attitudes and values, and a selection of socially-relevant behaviors.” She explains, “To be clear, we do not mean to suggest that social influence doesn’t happen in relationships; however, there’s little room for influence to occur when partners are similar at the outset of relationships.” The data also suggests our drive to select like-minded others may be far stronger than previously assumed. “We’re arguing that selecting similar others as relationship partners is extremely common–so common and so widespread on so many dimensions that it could be described as a psychological default,” explains Bahns.

Bahns and Crandall stress the research shows people are not seeking shared similarity on one or two particular topics. “People are more similar than chance on almost everything we measure, and they are especially similar on the things that matter most to them personally,” Bahns said.

The study has major implications for how we grasp the foundations of relationships and approach relationships when the partners are different. Its findings were derived from real-world relationships. Data came from a field-research method dubbed “free-range dyad harvesting,” in which pairs of people interacting in public (romantic couples, friends, acquaintances) were asked questions about attitudes, values, prejudices, personality traits or behaviors that are important to them. The data were compared to see how similar or different the pairs were, and to test whether pairs who had known each other longer and whose relationships were closer and more intimate were more similar than newly formed pairs. They were not. Additionally, the researchers surveyed pairs who had just met (in a college classroom setting), and then surveyed the same pairs later. This allowed the benefit of longitudinal data, painting a picture of the same pairs over time.

“In a smaller study that led up to this one, we looked at students at KU, a big state university, and several smaller colleges in western and central Kansas,” Crandall said. “At KU, people found people who were more similar to themselves than at small colleges, where there just aren’t as many choices in friends. At small colleges friends were less similar–but just as close and satisfied, and spent the same amount of time together. We know that people pick similar people at first, but if you go out of your way you can find excellent friends, and meaningful relationships, with people who are different.”

Such dissimilar friends didn’t necessarily blend their points-of-view over time, the study showed. “Anything that disrupts the harmony of the relationship–such as areas of disagreement, especially on attitudes, values, or preferences that are important–is likely to persist,” said Bahns. She added this could be a “cautionary message” for those who think they can change their friends or romantic partners: “Change is difficult and unlikely; it’s easier to select people who are compatible with your needs and goals from the beginning.”

The researchers said the quest for similarity in friends could result in a lack of exposure to other ideas, values and perspectives. “Getting along with people who aren’t like you is really useful,” said Crandall. “Friends are for comfort, taking it easy, relaxing, not being challenged — and those are good things. But you can’t have only that need. You also need new ideas, people to correct you when you’re loony. If you hang out only with people who are loony like you, you can be out of touch with the big, beautiful diverse world.” Bahns notes the drive toward similarity presents the drawback of “limited exposure to different ideas and beliefs” along with rewards like “stability of identity, value systems, and ideology.”

“[This is] the largest field study on friendship formation that I know of,” said Professor Wendy Berry Mendes, the Sarlo/Ekman Chair in the Study of Human Emotion at the University of California-San Francisco. “The authors provide convincing data that friendships are driven more by pre-existing similarity between friends rather than friends becoming more similar over time due to influencing each other. [This research offers] one of the most definitive accounts showing that not only do ‘birds of a feather flock together’ but goes one step further to show that ‘birds of a feather find each other before flocking.'”

Web articles – via partners/network co-ordinators. This website and its contents are the exclusive property of ANGA Media Corporation . We appreciate your feedback and respond to every request. Please fill in the form or send us email to: [email protected]
Previous: Graffiti Artist Banksy Unmasked By Geospatial Analysis, according to scientists
Next: Review : How the Toyota Prius took over the world