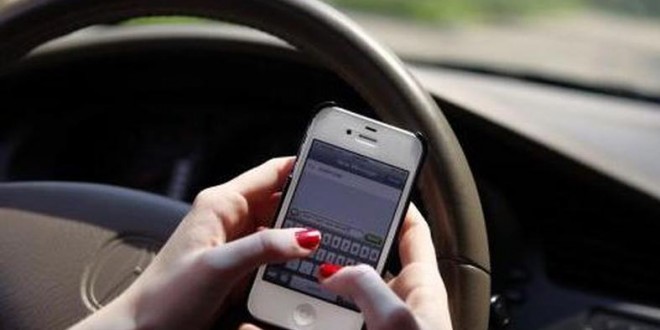 A woman nearly crashed into a Richmond RCMP cruiser earlier this week. When she was pulled over, officers found that she’d been busted for distracted driving a dozen times before.

Mounties in that city tweeted a photo of the driver’s past infractions.

Police said despite years of campaigns against the potentially deadly habit, which now accounts for nearly one-quarter of all fatalities on B.C. roads, many drivers aren’t getting the message.

Sgt. Randy Fincham of the Vancouver Police Department said some motorists may decide the $167 fine is worth the risk, without realizing there’s much more at stake.

“Certainly somebody may think they can absorb that cost, but what’s the cost of taking another life?” Fincham said.

Before this week, Fincham said he’d never heard of a distracted driver who’d been caught doing the same thing more than a dozen times.

“We would hope that people wouldn’t use their phone in the first instance. Certainly after the second instance we hope that somebody would get the message. To see numbers that high, that’s disappointing,” he said.

Police are cracking down on distracted driving this month for a province-wide campaign. On top of the fine, drivers caught looking at their phone behind the wheel also receive three driver penalty points.

The current penalties are among the lowest in Canada, but the B.C. government promised it’s introducing tougher penalties soon.

Web articles – via partners/network co-ordinators. This website and its contents are the exclusive property of ANGA Media Corporation . We appreciate your feedback and respond to every request. Please fill in the form or send us email to: [email protected]
Previous: Israel Kristal: 112-year-old Auschwitz survivor is officially the world’s oldest man
Next: Researchers find Twelve Apostles should ‘actually be 17’