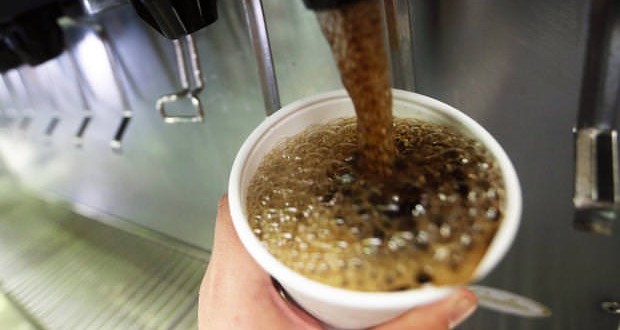 Run 50 minutes to burn off your daily dose of Soda Calories, New Study

Run 50 minutes to burn off your daily dose of Soda Calories, New Study

Knowing how much physical activity is needed to burn off the calories in a bottle of juice or soda may deter teens from buying sugary beverages, according to a recent study.

Scientists from the John Hopkins Bloomberg School of Public Health found that adolescents who saw printed signs explaining that they would need to run for about 50 minutes to burn off the calories in a sugary drink were more likely to leave the store with a lower calorie beverage, a healthier beverage or a smaller size beverage.

For six-week stretches between August 2012 and June 2013, study leader Sara Bleich and her colleagues installed signs in shops in low-income areas.

The signs, four in all, presented a key fact about the number of calories in a 20oz (590ml) bottle of soft drink, sports drink, or fruit juice: That each bottle contained 250 calories, had 16 teaspoons of sugar, would take 50 minutes of running to work off those calories, or would take five miles to walk the calories off.

They saw 3,098 drink purchases in the stores by 12- to 18-year-olds and interviewed 25% of them afterwards on whether they saw and understood the signs.

Of the 35% who said they saw the signs, 59% said they believed them and 40% said they changed their behaviour as a result.

When compared with purchasing behaviours when there was no signage, the most effective sign, Ms Bleich said, was the one which told shoppers they had to walk five miles to burn off the drink calories.

Overall, the number of sugary drink calories bought went from 203 calories to 179 after people saw the sign showing the exertion need to burn off the calories.

Regardless of which sign was posted, the percentage of adolescents who chose to buy no beverage at all rose from 27% to 33% over the study period. Water purchases, meanwhile, rose from 1% to 4%.

“If you are going to give people calorie information, there’s probably a better way to do it. What our research found is that when you explain calories in an easily understandable way, such as how many miles of walking needed to burn them off, you can encourage behaviour change.

“This is a very low-cost way to get children old enough to make their own purchases to drink fewer sugar-sweetened beverages and they appear to be effective even after they are removed.”

Web articles – via partners/network co-ordinators. This website and its contents are the exclusive property of ANGA Media Corporation . We appreciate your feedback and respond to every request. Please fill in the form or send us email to: [email protected]
Previous: Scientists Urge Greater Freedoms for Canadian Government Experts, Report
Next: Bernard Drainville to run for PQ leadership