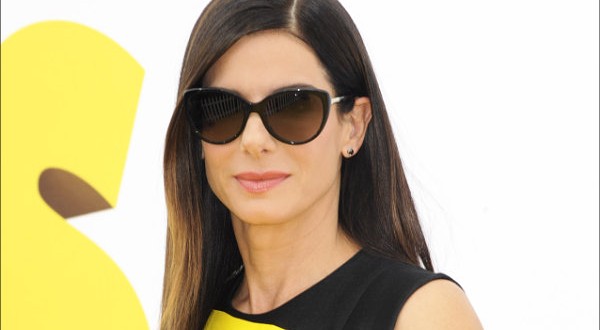 Sandra Bullock hit the yellow carpet of “Minions” premiere at the Shrine Auditorium in Los Angeles on Saturday, June 27. The Oscar-winning actress went all out with her wardrobe as she wore flashy minion-inspired heels at the event. 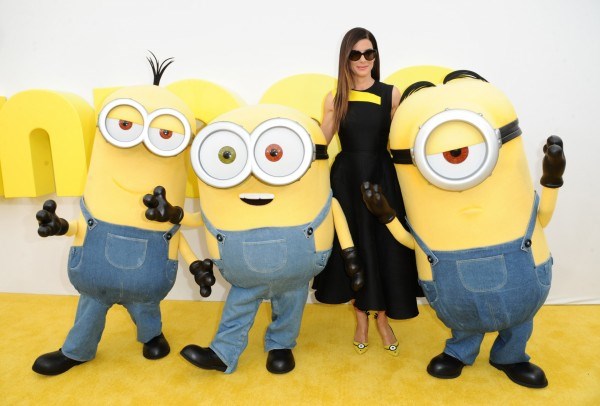 While her outfit was eye-catching, her Rupert Sanderson-designed shoes stole the attention on the yellow carpet. They will be auctioned off for charity.

Sandra happily posed with some of her hapless henchmen in the movie, which comes after Despicable Me and its 2013 sequel. 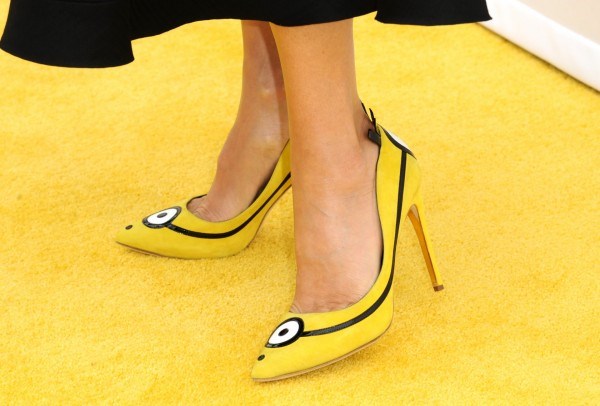 The 50-year-old star brought her five-year-old son Louis to the premiere, and the pair were spotted at the after-party, which included a carnival and a giant Minion slide.

She also joked she can relate to the Minions, telling USA Today: “I’m always in a Minion state of mind. It’s impossible for people to understand me.

“I’m constantly making odd sounds and things are always a disaster where I am. But somehow, I always get out alive. I’m basically a Minion.”

Minions, which also feature the voices of British stars Steve Coogan and Jennifer Saunders alongside Jon Hamm, Allison Janney and Michael Keaton, is in cinemas now.

Web articles – via partners/network co-ordinators. This website and its contents are the exclusive property of ANGA Media Corporation . We appreciate your feedback and respond to every request. Please fill in the form or send us email to: [email protected]
Previous: Health warning: 44 Salmonella Cases Linked to Frozen Poultry Products
Next: Even rats ‘dream’ of journey to brighter future, New Study