Home » World » Sandra bullock : Star fell into a lake and cut her head on a rock during her childhood 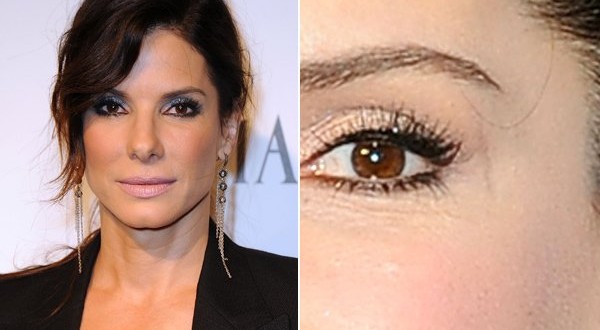 Sandra bullock : Actress fell into a lake and cut her head on a rock during her childhood

Sandra bullock : Star fell into a lake and cut her head on a rock during her childhood

Sandra Bullock fell into a lake and cut her head on a rock during her childhood, resulting in the barely-there scar above her left eye.

… That seems like a great, and generous, use of her earnings.
Even though she can sing, Sandra hates musicals and vows to never participate in one.
… Which is kind of a shame.

Bullock is one of four actresses to win both the Oscar for Best Actress, and the Razzie for Worst Actress. However, Bullock is the only actress to be nominated for and win both awards in the same year (for THE BLIND SIDE and ALL ABOUT STEVE). She was presented with the awards within two days in 2010.

… We are not sure this is an achievement to be proud of, although we respect Bullock for accepting the Razzie award in person.

This week, Bullock was named, by Forbes, as Hollywood’s 7th highest paid actress.
… Bullock came in behind Jennifer Aniston, Angelina Jolie, Jennifer Lawrence and others.
Sandra said, of SPEED 2: CRUISE CONTROL “That was a mistake but, in retrospect, how are you supposed to know?”
… Fair enough!
Sandra Bullock dated Ryan Gosling after they met on the set of MURDER BY NUMBERS. They attended the film’s premiere in Cannes, where it premiered Out of Competition.

… They are both beautiful people, but the pairing of Bullock and Gosling is a little odd.
Sandra Bullock was cast in GRAVITY after Angelina Jolie dropped out, and Natalie Portman turned the role down.

… We’re excited; GRAVITY looks like it will be one of the best films of 2013.
Sandra Bullock was in New York with her family and witnessed the second plane, United Airlines Flight 175, crashing into the World Trade Center’s South Tower on 9/11.

Web articles – via partners/network co-ordinators. This website and its contents are the exclusive property of ANGA Media Corporation . We appreciate your feedback and respond to every request. Please fill in the form or send us email to: [email protected]
Previous: Tina Fey : Star Got Her Facial Scar in a Violent Slashing
Next: Actor Harrison ford scar : “crashed my car into a telephone pole ”