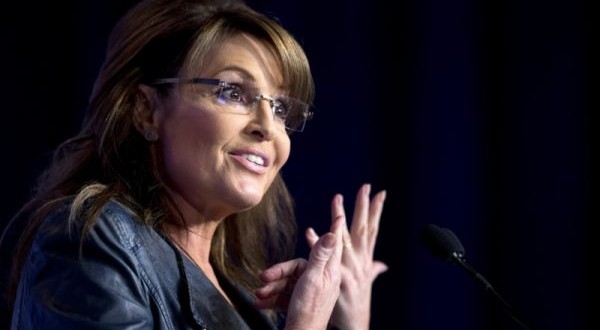 Sarah Palin will return to ‘SNL’ for the show’s 40th anniversary. The 50-year-old politician was reportedly invited onto the show by producer Lorne Michaels.

If you don’t remember, Sarah was repeatedly spoofed on the show by Tina Fey during the presidential race in 2008.

Sarah showed that she wasn’t bothered by the spoofs by appearing on SNL two weeks before Election Day that year.

Emma Stone, Derek Jeter, Kanye West, Taylor Swift, and Justin Timberlake are just some of other celebs appearing on the 40th anniversary episode, which will air on Saturday, February 15 at 8 p.m. ET on NBC. We can’t wait!

Web articles – via partners/network co-ordinators. This website and its contents are the exclusive property of ANGA Media Corporation . We appreciate your feedback and respond to every request. Please fill in the form or send us email to: [email protected]
Previous: Researchers Find More DNA and Extra Copies of Disease Gene in Alzheimer’s Brain Cells
Next: TheScore Sports App to Start Covering eSports, Report