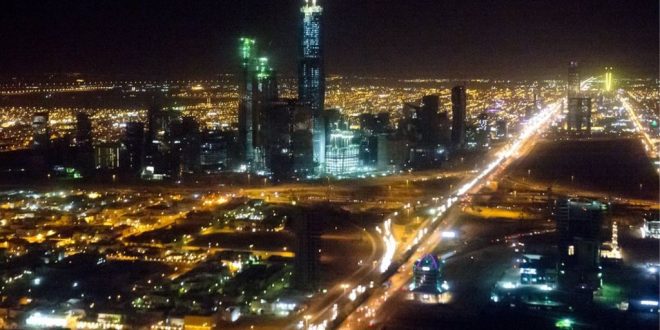 The missile was fired across the southern border with Yemen by Houthi rebels towards one of the kingdom’s major airports on the outskirts of the capital, according to Houthi-owned media outlets, including Al-Masirah and SABA.

The missile was shot down and scattered debris over an uninhabited area without causing damage or casualties.

The kingdom’s civil aviation authority said flights were unaffected at the King Khalid International Airport, located about 35 kilometers (22 miles) outside the capital.

Media tied to Yemen’s Houthi rebels, including al-Masira, claimed a short-range Burkan H2 missile was fired in response to “Saudi-American aggression and crimes against the people of Yemen.”

Houthi rebels have fired dozens of missiles towards Saudi Arabia, but this is the first time Riyadh has been targeted. Riyadh is about 620 miles (1,000 kilometers) north of the border with Yemen.

A Saudi-led coalition intervened in Yemen in 2015 in a bid to oust Houthi rebels allied with former President Ali Abdullah Saleh after they overran the capital Sanaa and large swaths of the country.

The Saudi-led coalition is trying to restore power to President Abed Rabbo Mansour Hadi and counter what they say is Iranian influence in Saudi Arabia’s backyard.
Riyadh claims the Shiite Houthi rebels are backed by its regional rival Iran. Tehran denies the charges and says it provides only political support.

More than two years on, the war against Houthi rebels has turned into a quagmire for the kingdom and its Arab allies.

Meanwhile, in an attack that underscores the violence of the ongoing conflict in Yemen, five soldiers were killed on Sunday in an assault on a security headquarters in the southern city of Aden.

A security official said an explosives-laden car first blew up outside the headquarters in the central district of Khor Maksar.

A suicide bomber then detonated an explosive belt at the entrance to the building, while gunmen stormed the crime unit, setting files and archives on fire, he said.
It was unclear who was behind the attack, though the official blamed it on al Qaeda operatives.

The port city of Aden has been the interim headquarters of Yemen’s internationally recognized government since 2015, after it was forced to move following the Houthi takeover of Sanaa.

The conflict in Yemen has killed more than 10,000 people have been killed and created one of the world’s biggest humanitarian disasters.

The UN has warned of famine and disease, including a cholera outbreak that has claimed more than 2,100 lives in Yemen since April.

Web articles – via partners/network co-ordinators. This website and its contents are the exclusive property of ANGA Media Corporation . We appreciate your feedback and respond to every request. Please fill in the form or send us email to: [email protected]
Previous: T. rex’s silly-looking arms were built for slashing, says new study
Next: ‘Discovery’ in nuclear fusion produced by melting quarks