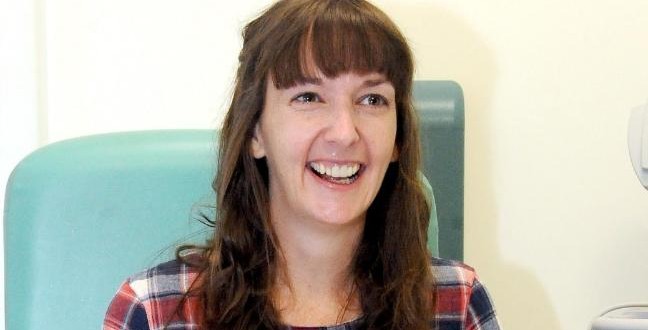 Ebola nurse Pauline Cafferkey is back in hospital for the third time since contracting the disease in Sierra Leone.

Cafferkey was originally infected while working in Sierra Leone in December 2014 and spent almost a month in an isolation unit at the Royal Free Hospital in London.

She was released after making a recovery but fell ill again in October last year and was again treated at the Royal Free for meningitis caused by Ebola.

At one point the Scottish nurse was described as “critically ill” but was discharged in November and transferred to Glasgow’s Queen Elizabeth University Hospital to continue her recovery and later returned home. She is now being treated again at the Glasgow hospital.

An NHS Greater Glasgow and Clyde spokesman said: “Under routine monitoring by the Infectious Diseases Unit, Pauline Cafferkey has been admitted to hospital for further investigations.”

Ebola is a rare but deadly virus that causes bleeding inside and outside the body.

As the virus spreads through the body, it damages the immune system and organs. Ultimately, it causes levels of blood-clotting cells to drop. This leads to severe, uncontrollable bleeding.

The disease, also known as Ebola hemorrhagic fever or Ebola virus, kills up to 90% of people who are infected.

How Do You Get Ebola?

Ebola isn’t as contagious as more common viruses like colds, influenza, or measles. It spreads to people by contact with the skin or bodily fluids of an infected animal, like a monkey, chimp, or fruit bat. Then it moves from person to person the same way. Those who care for a sick person or bury someone who has died from the disease often get it.

Web articles – via partners/network co-ordinators. This website and its contents are the exclusive property of ANGA Media Corporation . We appreciate your feedback and respond to every request. Please fill in the form or send us email to: [email protected]
Previous: Galaxy S7 & S7 Edge To Launch In 60 Countries On March 11th, Report
Next: ‘Gorilla’ chases astronauts aboard space station “Video”