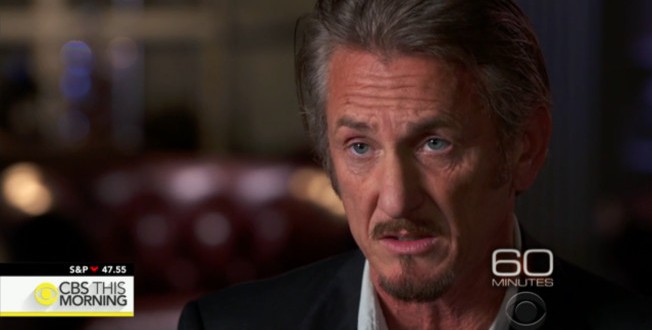 Sean Penn says he has a “terrible regret” about his secret meeting with El Chapo and the resulting Rolling Stone article that stunned the world when it came out about a week ago: that it didn’t achieve his desired goal.

Penn met the notorious Sinaloa Cartel leader, whose real name is Joaquin Guzman, back in October with the help of Mexican actress Kate del Castillo. His story for Rolling Stone went live on Saturday, one day after Mexican authorities announced the fugitive’s capture. Journalists immediately criticized the piece.

Penn also suggested the journalists who tore apart his article were “green-eyed monsters.”

“When you get the story that every journalist in the world wanted, there’s a lot of green-eyed monsters who gonna come give you a kiss,” Penn said.

He also said he wanted to see the “license that says that (his critics are) journalists.”

Web articles – via partners/network co-ordinators. This website and its contents are the exclusive property of ANGA Media Corporation . We appreciate your feedback and respond to every request. Please fill in the form or send us email to: [email protected]
Previous: Lexus Reveals Stunning LC 500, Unleashes 467HP (Photo)
Next: Planned Parenthood files lawsuit against anti-abortion activists, Report