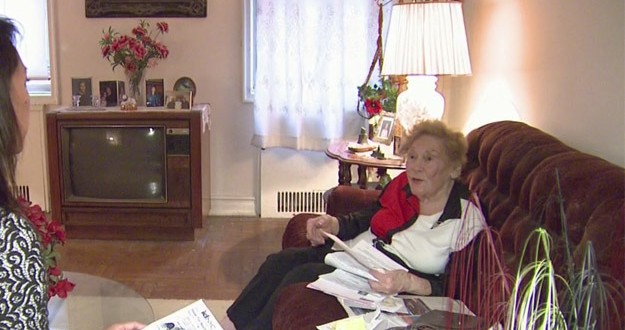 Selma Cohen said she got a disturbing letter – saying she just lost all her medical benefits because she was declared dead.

Selma Cohen, 87, a thyroid cancer survivor and widow, told WABC-TV that she takes 14 different medications daily and has already had to cancel one doctor’s appointment because of her Medicaid cancellation. If the city doesn’t fix their mistake, she said she could be facing grave consequences.

“How am I going to survive?” Cohen asked WABC. “If I can’t get medicine, I don’t know what I’ll have to do.”

Cohen said that after she received the letter from the New York City Fraud Bureau, she has waited in lines and spent time on the phone in order to attempt to prove that she is, in fact, still alive. She’s afraid that she will begin to lose other benefits as well if the city thinks she’s deceased.

“I’m dealing with a bureaucracy, and they are not that fast to fix anything,” the 87-year-old said.

A representative for City Hall told WABC, “We are looking into this case, and if there is any error, we will fix it.”

Cohen said she has no idea what she’s going to do if the mistake isn’t corrected since she cannot afford her medical bills.

Web articles – via partners/network co-ordinators. This website and its contents are the exclusive property of ANGA Media Corporation . We appreciate your feedback and respond to every request. Please fill in the form or send us email to: [email protected]
Previous: Kelly Clarkson: ‘Singer’ cancels shows in Canada
Next: Water on Mars: Nasa findings could indicate that there are habitable environments on Red Planet, experts say