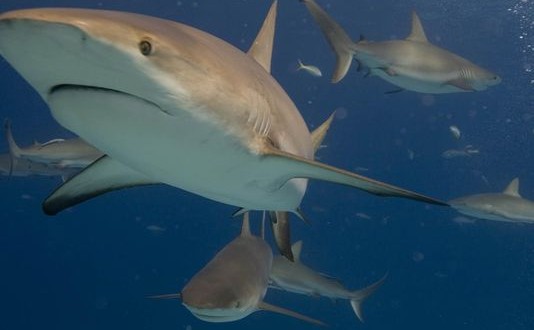 Shark dies in lorry crash? A traffic crash on Interstate 95 in Volusia County has left a shark, yes, a shark, dead.

According to the Florida Highway Patrol, the trailer crashed after a tire became separated from the vehicle near Oak Hill. The semi traveled into the median and stopped at a tree line.

The sandbar sharks were being transported to an aquarium in New York. They were being held in individual aquariums.

One of the sharks died in the crash, FHP Sgt. Kim Montes said.

SeaWorld was called out Wednesday evening to transfer the three remaining sharks. They’ll go to SeaWorld’s care facility in Orlando until transportation arrangements can be made.

Kinsler said the sharks are in good condition, aside from transportation stress. They are each about five feet long.

Sandbar sharks, also known as brown sharks, are found throughout the world in temperate and tropical waters. According to the Florida Museum of Natural History, the sandbar shark is the most abundant species of large shark on our side of the Atlantic. It likes shallow coastal waters, and is most commonly found in harbors, estuaries, the mouths of bays and rivers. But since it avoids beaches and the surface, the sharks pose little threat to humans.

The sharks can swim as far north as Cape Cod during the summer months.

Web articles – via partners/network co-ordinators. This website and its contents are the exclusive property of ANGA Media Corporation . We appreciate your feedback and respond to every request. Please fill in the form or send us email to: [email protected]
Previous: Slidell : Kidnapped woman saved by text message (Video)
Next: Researchers make no bones about Yukon fossil find