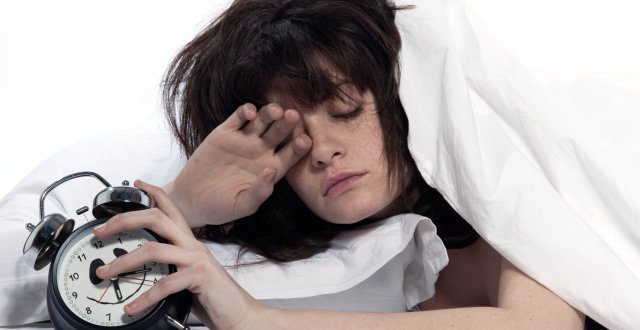 If you are always losing your keys in the morning or walking out of the house without your mobile phone, sleep deprivation could be to blame.

A study has found a lack of sleep makes us feel foggy for a reason: brain cells lose their ability to communicate with each other when we’re tired.

A study published in the journal Nature Medicine explores how selective neuronal lapses precede human cognitive lapses following sleep deprivation — which, translated into English, means that not getting enough sleep stops your brain cells talking to each other.

“We discovered that starving the body of sleep also robs neurons of the ability to function properly. This leads to cognitive lapses in how we perceive and react to the world around us,” said the study’s senior author, University of California Los Angeles neurosurgery professor Dr Itzhak Fried, in a statement.

Fried and his team forced study participants to stay awake then categorise a variety of images as fast as possible. While undertaking the task, had their brains scanned — with a focus on their temporal lobes, which regulates visual perception and memory.

“Unlike the usual rapid reaction, the neurons responded slowly and fired more weakly, and their transmissions dragged on longer than usual.”

Analysing the participants revealed that while they might still have been awake, parts of their tired brains behaved as if they were asleep.

“Slow, sleep-like waves disrupted the patients’ brain activity and performance of tasks,” Fried explained. “This phenomenon suggests that select regions of the patients’ brains were dozing, causing mental lapses, while the rest of the brain was awake and running as usual.”

The study reveals why a lack of sleep is so dangerous, particularly when lives are on the line — such as medical workers who go without sleep for long stretches, and for tired drivers less able to react what’s on the road.

“The very act of seeing the pedestrian slows down in the driver’s overtired brain. It takes longer for his brain to register what he’s perceiving,” Fried said.

“Severe fatigue exerts a similar influence on the brain to drinking too much,” he added. “Yet no legal or medical standards exist for identifying overtired drivers on the road the same way we target drunk drivers.”

Web articles – via partners/network co-ordinators. This website and its contents are the exclusive property of ANGA Media Corporation . We appreciate your feedback and respond to every request. Please fill in the form or send us email to: [email protected]
Previous: Mars city living: Your bedroom will look a lot different
Next: Quantum materials offer novel route to 3-D electronic devices, says new research