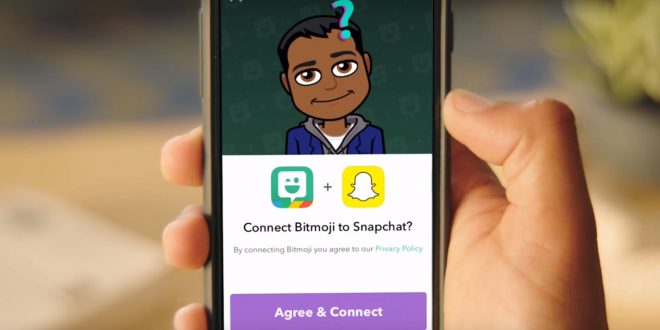 Bitmoji helps create personalized packs of stickers designed to resemble the user, thus making them more appealing than regular ones.

Users will be able to send snaps with Bitmojis or use them inside conversations. But before they can send Bitmoji, users would have to actually create them. They must download the Bitmoji app and create an account by signing up. Afterward, users can start creating Bitmojis that they can later link to Snapchat and start sending them in snaps and messages.

Friendmojis are also available, which are special emojis that can be used only if a friend also has Bitmoji linked to their Snapchat account. Friendmojis display two Bitmojis in the same image.

Bitmojis show up in the keyboard area when typing, right next to the sticker area. Bitmojis come with multiple customization options so that users can make emojis resemble themselves. Snapchat has already introduced the feature in its app.

Earlier this month, Snapchat updated the application with Memories feature for searching and sharing snaps. Users are able to create archives of their snaps, which they can later share with friends.

Web articles – via partners/network co-ordinators. This website and its contents are the exclusive property of ANGA Media Corporation . We appreciate your feedback and respond to every request. Please fill in the form or send us email to: [email protected]
Previous: Pokemon Go Canada: Player risks electrocution on SkyTrain tracks
Next: Charles Kinsey: Unarmed South Florida man with hands up shot by police