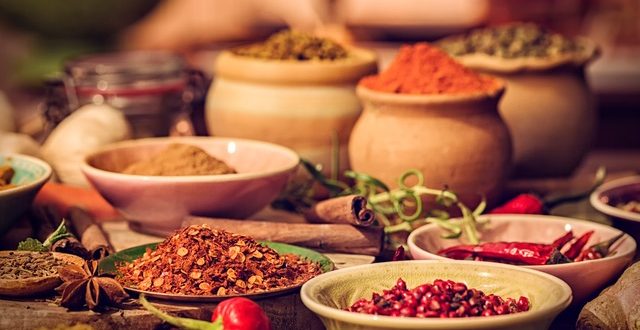 People who enjoy spicy foods tend to eat less salt and have lower blood pressure, according to a study.

Blood pressure has been linked to the amount of spicy foods people eat.

Reducing the amount of salt in the diet also reduces the risk of heart attacks and strokes.

Spicy foods made people more sensitive to salt, so they could enjoy foods with less of it, the scientists said.

“We wanted to test whether this effect would also reduce salt consumption.”

The researchers analysed the eating habits of 606 Chinese adults, and found out whether they preferred salty or spicy foods.

They compared their preferences to blood pressure.

Those that ate more spicy foods had an 8mm lower systolic, and a 5mm lower diastolic blood pressure.

Those who didn’t like spicy foods as much ate more salt, the researchers from the Third Military Medical University in Chongqing, China, revealed.

Spicy food-lovers were more sensitive to salt, they added.

“If you add some spices to your cooking, you can cook food that tastes good without using as much salt,” said Zhu.

“Yes, habit and preference matter when it comes to spicy food, but even a small, gradual increase in spices in your food may have a health benefit.”

Further studies were needed to confirm whether the findings would be similar for all other nationalities, outside of China.

Web articles – via partners/network co-ordinators. This website and its contents are the exclusive property of ANGA Media Corporation . We appreciate your feedback and respond to every request. Please fill in the form or send us email to: [email protected]
Previous: New Mars 2020 rover will include twenty-three cameras
Next: A1689B11: The most ancient spiral galaxy confirmed