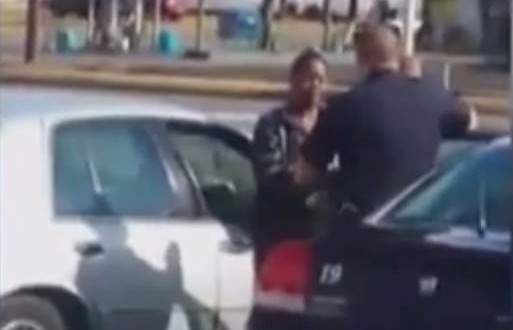 Tarrant, Alabama Cop Buys Eggs for Woman Caught Stealing to Feed Kids. Grandmother Helen Johnson, 47, has been trying to feed a family of six with a $120 monthly welfare check, but the family ran out of food last Thursday, December 4.

Reports say that Officer William Stacy of the Tarrant Police Department responded to a Dollar General store last week after getting a call about a woman trying to steal a dozen eggs. When he arrived at the scene, he noticed that the woman had her young children with her and was told that she tried to steal the eggs so that she could feed her kids.

Moved by her story, Stacy decided that he wanted to help the woman rather than take her into custody.

“He said, ‘If I give you these eggs, will you promise that you won’t shoplift anymore?'” said Tarrant Police Chief Dennis Reno of Officer Stacy. “He knew that she was telling the truth and that’s the reason he went in and bought the eggs.”

Officer Stacy was able to speak with Dollar General and convince them not to press charges, and before letting the woman go, he purchased the eggs himself and gave them to her.

“Police officers do this all the time. Of course, these are the kind of stories that never get told,” said Reno. “Every police officer in Jefferson County has done this at one point in time. We ask them to take appropriate action, but there are different kinds of actions that you have to take on each individual case.”

Web articles – via partners/network co-ordinators. This website and its contents are the exclusive property of ANGA Media Corporation . We appreciate your feedback and respond to every request. Please fill in the form or send us email to: [email protected]
Previous: Cara Reynolds : Death By Raspberry Ketones And Caffeine Powder
Next: Mom arrested after child’s body found in car trunk (Video)