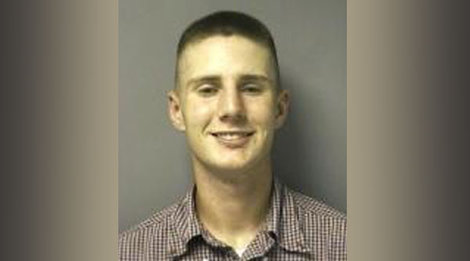 Conrad Alvin Barrett, 27, has been charged with a federal hate crime related to a racially motivated assault of a 79-year-old African-American man, announced United States Attorney Kenneth Magidson, along with Acting Assistant Attorney General Jocelyn Samuels of the Civil Rights Division and Special Agent in Charge Stephen L. Morris of the FBI.

“Suspected crimes of this nature will simply not be tolerated,” said Magidson. “Evidence of hate crimes will be vigorously investigated and prosecuted with the assistance of all our partners to the fullest extent of the law.”

The criminal complaint was filed under seal December 24, 2013, and unsealed today upon Barrett’s arrest. He is expected to make an initial appearance before U.S. Magistrate Judge Frances Stacy at 10:00 a.m. or 2:00 p.m.

Barrett’s phone, which was seized by police after the tip from the arson investigator, contained several incriminating videos, including a clip showing him approaching an “elderly African American man” and asking, “How’s it going, man?” As he gets closer to the victim, “a loud smack is heard, and the victim falls to the ground,” reported Tribble, who added, “Barrett laughs, says ‘knockout,’ and then flees in his vehicle.”

Other videos on Barrett’s phone appear to show him plotting a “knockout” attack. “The plan is to see if I were to hit a black person, would this be nationally televised?” he comments in one clip. “In other videos, Barrett uses the word ‘nigger’ and states that African Americans ‘haven’t fully experienced the blessings of evolution,’” according to Agent Tribble.

Another video shows Barrett driving around a mall parking lot, saying that he was trying to work up the “courage” to play the “knockout game.” At one point, Barrett remarks that he had “found the perfect African American suspect,” but he then apparently changes his mind about attacking the target.

If convicted of the felony charge, Barrett faces a maximum of 10 years in prison and a $250,000 fine. He is scheduled to make an initial appearance today in U.S. District Court in Houston.

Web articles – via partners/network co-ordinators. This website and its contents are the exclusive property of ANGA Media Corporation . We appreciate your feedback and respond to every request. Please fill in the form or send us email to: [email protected]
Previous: Carnivorous Fish Attack Bathers in a River on Christmas Day
Next: News Macy’s bias stop suit, Reports