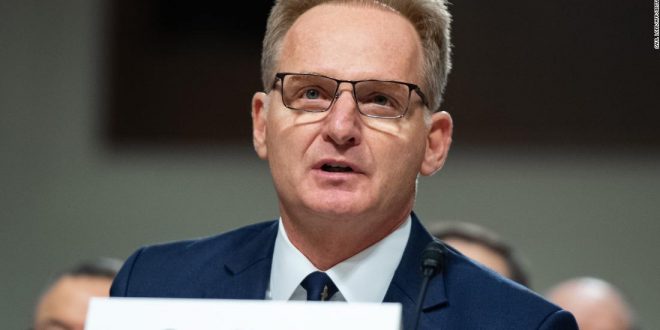 Modly traveled on a modified Gulfstream jet, CNN reports, with a flight time of roughly 35 hours. It costs about $6,946.19 per hour to fly the plane.

He went to Guam to speak to sailors on board the USS Theodore Roosevelt. Last week, while still commander of the aircraft carrier, Capt. Brett Crozier wrote a memo to the Navy, saying “decisive action” was needed to stop the spread of the COVID-19 coronavirus on the ship. “We are not at war,” he said. “Sailors do not need to die.”

The memo was leaked to the San Francisco Chronicle, and Crozier was dismissed. Modly arrived in Guam a few days later, and while addressing sailors, he disparaged Crozier, calling him “stupid” and “naive.” He later tried to backtrack and apologized for “any pain my remarks may have caused,” but it wasn’t enough, and he resigned on Tuesday.

Web articles – via partners/network co-ordinators. This website and its contents are the exclusive property of ANGA Media Corporation . We appreciate your feedback and respond to every request. Please fill in the form or send us email to: [email protected]
Previous: Stroke brain rats study: Transplanted reprogrammed skin cells
Next: Connie Titchen, Britain’s oldest coronavirus survivor