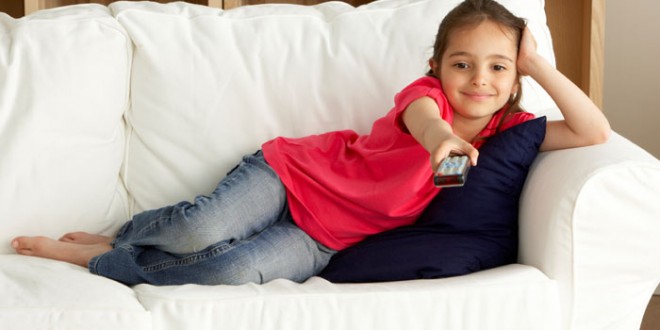 The vast majority (84%) of the injuries occurred in homes and more than three-fourths were unwitnessed by adult caregivers. The TVs were most commonly large and elevated off the ground. Dressers and other furniture not designed to support TVs were commonly involved in the TV-toppling incident.

The research shows that several agent factors contribute to injury at the time of toppling. The sheer mass of television sets can cause a lot of damage to a child’s head. TVs are now flatter and lighter than in the past, but they can still weigh more than 40 kg, which is nearly 3 times the size of the average 3-year-old child.

The study’s lead author, Dr. Michael Cusimano, a professor of neurology, education and public health at the University of Toronto and a neurosurgeon at St. Michael’s Hospital also found that many kids are left unsupervised around a big television that is not properly secured. And the numbers are going up. Between 2006 and 2008 there were 16,500 injuries and between 2008 and 2010 there were 19,200.

Mounting a TV to the wall or securing it to the piece of furniture are simple ways to prevent tipovers. However, Cusimano warns that if the furniture is not built to hold a heavy television, it could still be a hazard.

Cusimano found that although regulations are in place for testing of dressers and other household furniture, they are not tested to withstand the weight of TV sets because that is not their primary use.

The study shows that the case fatality rate varies widely, but almost all deaths reported (96%) were due to brain injuries. Toddlers between the ages of one and three years most frequently suffer injuries to the head and neck, and they are most likely to suffer severe injuries. Many of these injuries require brain imaging and neurosurgical intervention.

Cusimano states in the study that prevention of these injuries will require changes in TV design and legislation as well as increases in public education and awareness.

Web articles – via partners/network co-ordinators. This website and its contents are the exclusive property of ANGA Media Corporation . We appreciate your feedback and respond to every request. Please fill in the form or send us email to: [email protected]
Previous: Paul Jackson: Oregon fugitive arrested in Mexico after 25 year search (Video)
Next: Creating Fake Teeth as Strong as the Real Deal, New Study