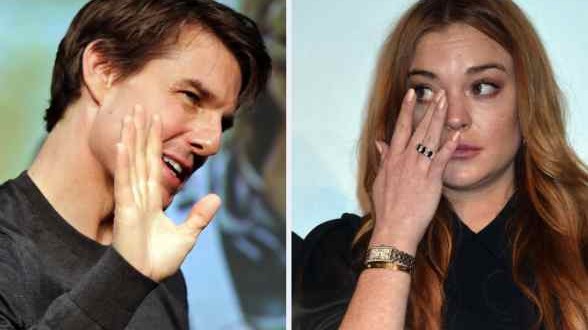 Tom Cruise has reportedly found a new love interest in the form of Lindsay Lohan. The unlikely pair are apparently dating, but opposing reports now claim that their romantic relationship is non-existent.

A source had previously said: “Lindsay’s always had a major crush on Tom and was dying to run into him, so the second she got her chance, she pounced.”

It’s not the first time that Lohan has been forced to deny rumours about her and the Hollywood actor.

A controversial article in Vanity Fair magazine claimed back in 2012 that she was approached as a potential wife for Cruise in 2004.

“Lindsay met with Tom before he met Katie,” said the article.

“At first, she was super excited to work with Tom and thought it was about a role in ‘Mission Impossible’. It soon became clear that he wasn’t looking for an actress but something very different.”

But she hit back on Twitter, saying: “I just want everyone & Tom Cruise to know, that I have/had NO part in the VF story. Nor has anyone in my life, personal and work related.”

And her father Michael said: “Tom has never called me to ask for her hand in marriage.”

Web articles – via partners/network co-ordinators. This website and its contents are the exclusive property of ANGA Media Corporation . We appreciate your feedback and respond to every request. Please fill in the form or send us email to: [email protected]
Previous: How Canada faked its place in space (Photo)
Next: Afghan Fanged Deer spotted after 60 years : WCS