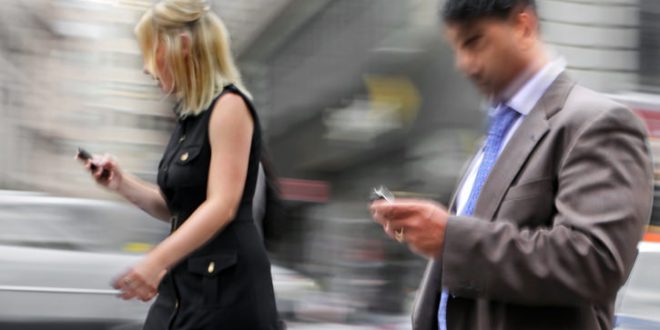 Ontario won’t entertain a request from Toronto city council to ban pedestrians from texting while crossing the street, instead dishing out a bit of common sense advice.

Councillors voted Thursday to ask the Ontario’s Ministry of Transportation to consider banning “active use” of cellphones or handheld entertainment devices on “any travelled roadway”.

Speaker Frances Nunziata, who proposed the amendment to the city’s Road Safety Plan, shouted at councillors who were chuckling at the idea.

“I want a recorded vote on this,” Nunziata said. “I want to see who wants to walk and text.”

“It’s a very serious motion,” she added, as councillors laughed.

Then they voted 26-15 in favour of her request.

Nunziata said the ban would apply strictly to people lolly-gagging across the street glued to their cellphones. They may not know it, but those pedestrians present a danger to themselves and others, she said.

“I’ve seen a lot of near misses with pedestrians because they’ve got their head down and they’re walking through an intersection without looking at the traffic,” she said.

“People are just not watching where they’re going,” she said “They’re just walking across the street and not seeing if the light is red or green because they’re so busy on their phones.”

The focus really needs to be on drivers using their cellphones behind the wheel, not people crossing the street on the phone, Kolb said.

“With great horsepower comes great responsibility,” he said. “I think at the end of the day drivers in this city have got to wake up, pay attention to the roadway and control their speeds and really cut the distracted behaviour out.”

Web articles – via partners/network co-ordinators. This website and its contents are the exclusive property of ANGA Media Corporation . We appreciate your feedback and respond to every request. Please fill in the form or send us email to: [email protected]
Previous: Florida Man shoots at ‘Pokemon Go’ players outside house
Next: Pokemon Go Canada: App is now officially available – How to Install and Play