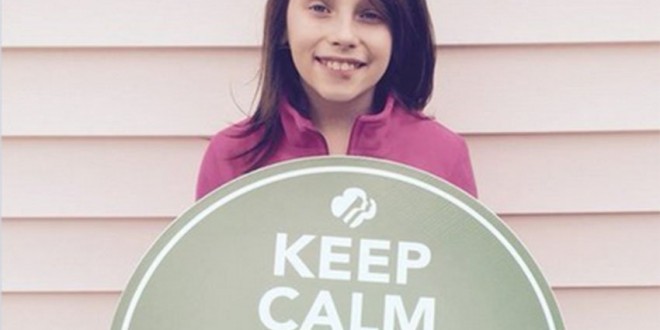 A 9-year-old transgender Girl Scout has suffered smears online and in person just for selling the Scouts’ famous cookies.

Transgender Girl Scout named Stormi, was selling cookies in her neighborhood door-to-door in January, she told BuzzFeed. The girl said she liked selling the cookies and that they “make people smile.”

One of her Herrin, Illinois neighbors, however, took issue with the little girl.

“Nobody wants to buy cookies from a boy in a dress,” the man reportedly said.

“We just started talking and she decided she wasn’t going to let him win,” Kim said.

“I want kids like me to know they are perfect just the way they are,” Stormi said. “There are people all over the world that love you. Never give up because it does get better.”

By last week, Stormi told BuzzFeed she had sold over 3,000 cookies.

“I have learned that even though people can be mean I shouldn’t give up!” Stormi wrote.

The Girl Scouts acceptance of transgender members was made public in 2011, CNN reported.

Web articles – via partners/network co-ordinators. This website and its contents are the exclusive property of ANGA Media Corporation . We appreciate your feedback and respond to every request. Please fill in the form or send us email to: [email protected]
Previous: Lady Gaga to perform David Bowie tribute at the Grammys 2016
Next: Keeping your kitchen clean can help you lose weight, says new Research