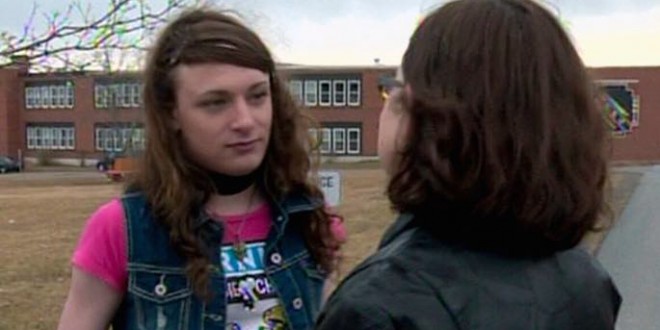 More than half of transgender youth in Canada have harmed themselves due to issues like cyberbullying and harassment, but strong family and community connections could help them navigate these physical and mental health challenges, says a new University of British Columbia study.

The study is the first and largest of its kind in Canada, with 923 individuals participating between the ages 14-25. They answered a range of questions in English or French on their home and school life, physical and mental health, access to health care, and gender identity.

“We found high numbers of youth had experienced discrimination, harassment, and cyberbullying in the past year,” said Elizabeth Saewyc, the study’s principal investigator and a nursing professor at the University of British Columbia. “For example, two-thirds of those surveyed reported discrimination because of their gender identity. “

Not surprisingly, many participants also experienced mental health challenges. Nearly two-thirds reported self-harming in the past year, and more than one in three had attempted suicide.

Health care was also problematic, as only 15 per cent of youth with a family doctor felt “very comfortable” discussing their trans-specific health care needs.

But the report also uncovered positive sources of support for trans youth — parents, family members, schools, and community adults, especially when these adults supported the youth in living in their preferred gender.

“If someone had a supportive adult in the family, they were about four times less likely to have self-harmed in the past 12 months,” Saewyc said. “If they felt more connected to school, they were almost twice as likely to report good or excellent mental health as those with lower levels of school connectedness.”

The report calls for measures to improve the well-being of trans youth, including: improved support for families, so they can better understand and support their transgender children; developing safer, more inclusive schools; retooling health care to provide gender-affirming services for trans youth; and reducing health care disparities between provinces.

“Caring adults at home, at school and in the community are just as essential for our trans youth as they are for all youth. By reinventing our societal supports, we pave the way for their healthy development,” Saewyc said.

Web articles – via partners/network co-ordinators. This website and its contents are the exclusive property of ANGA Media Corporation . We appreciate your feedback and respond to every request. Please fill in the form or send us email to: [email protected]
Previous: Smoking costs Manitoba $244 million per year, U of M study
Next: ‘Mindy Project’ Canceled at Fox, Until Hulu Revives It