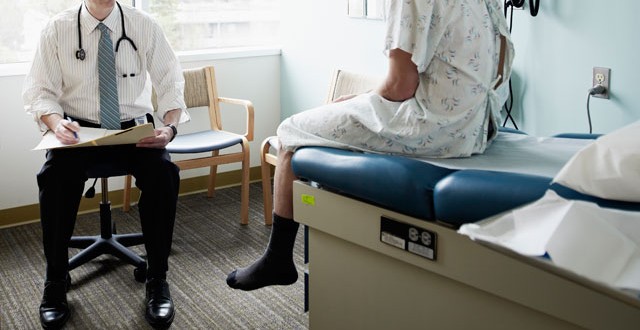 Scientists at the University of Calgary are disputing the value of PSA screening and say testing increases the number of cases diagnosed but only minimally reduces mortality rates if at all.

The PSA test was introduced as a non-invasive prostate cancer screening tool in Canada in the early 1990s. A blood test, it measures the amount of prostate specific antigen in a man’s blood — high levels of PSA may indicate the presence of cancer. By 2008, countries that adopted this screening tool saw prostate cancer rates rise, including Canada, which has among the highest rates in the world. Typically a very slow growing cancer, the risk of developing prostate cancer rises with age, especially for men over 75.

“Screening causes substantial increases in the number of men diagnosed with prostate cancer, especially before 70 years of age,” says Dr. James Dickinson, lead author of the paper. “However, most would never have known about it otherwise, and died of other causes at a normal age.”

Test doesn’t produce any benefits but can cause harm

Dickinson adds that treatments for prostate cancer such as surgery, chemotherapy and radiation cause harm, as they take both a physical and mental toll on the body. “Treatment is worthwhile for the five in 1,000 men with cancers that would invade and kill, but not for the men with slow-growing cancers that do not: possibly over 120 per 1,000,” he says.

The study shows that mortality rates caused by prostate cancer began to decline two years prior to the widespread use of PSA tests after 1996, and have continued to drop by approximately 3.25 per cent annually.

The team then began to look at other possibilities for the decline. They noted similar patterns of diagnoses and mortality rates in countries that started using the screening tool early. Conversely, in countries in Europe that delayed adopting the PSA test, an expected delay in increase of diagnoses was observed while the change in mortality rates was similar to that of countries using PSA tests.

“This suggests that the mortality drop is likely due to changes in patterns of treatment such as surgery, chemotherapy and radiation that occurred at that time in all these countries,” says Dickinson. “There are also other possibilities such as changes in how deaths were reported.”

Dickinson says the study suggests that most men who are not screened using the PSA test will likely never know they have cancer and will not be bothered by it. Those who develop advancing cancer should be diagnosed and treated when they feel symptoms.

The Canadian Task Force on Preventive Health Care suggests that men who are uncertain should discuss very carefully with their family doctor before choosing PSA screening.

Web articles – via partners/network co-ordinators. This website and its contents are the exclusive property of ANGA Media Corporation . We appreciate your feedback and respond to every request. Please fill in the form or send us email to: [email protected]
Previous: Ozzy Osbourne: Rocker Slept With His Kids’ Two Nannies
Next: Facebook Faces Antitrust Investigation in Germany, Report