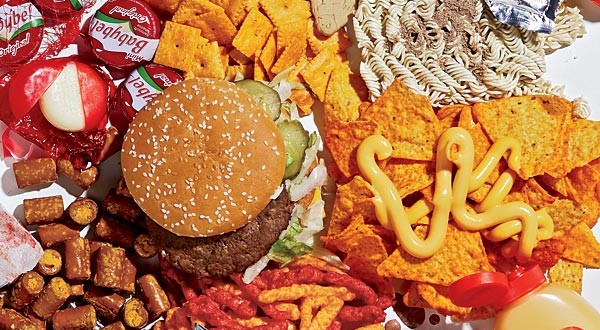 Just one day of gorging on junk food could derail your best-laid diet plans for up to a week, according to a new research from the University of Calgary.

A recent research using mice, conducted by the Hotchkiss Brain Institute at the U of C, has discovered that a high-fat, sweetened diet can rapidly rewire the reward circuits in the brain by increasing the number of synapses onto the dopamine neurons, which are responsible for motivational behaviour

And that change in brain activity can last a week, potentially causing people to food-seek and overeat days after sinking their teeth into sweets or fried foods loaded with sugar.

The research examined mice that were exposed to an unlimited amount of sweetened high-fat food — similar to shortbread cookies — for a period of 24 hours. After that period, the mice returned to their regular food.

Once the mice were back on their regular diets, researchers found the mice took risks to acquire the coveted shortbread cookie.

Borgland said the mice — which ate the shortbread — would enter well-lit areas, despite their innate fear of light. The mice that didn’t eat the sweet, fatty substance didn’t show such behaviour.

That’s all due to the synaptic change in the mice’s ventral tegmental area, a region of the mid-brain that plays a central role in reward-seeking.

The finding suggests the brain is being primed to want to eat more, despite hunger levels, Borgland said.

On top of that, the research should help people understand that a small treat now can have long lasting implications in what they’ll eat.

“It could lead to this vicious circle if you’re trying to limit your food intake,” she said.

Web articles – via partners/network co-ordinators. This website and its contents are the exclusive property of ANGA Media Corporation . We appreciate your feedback and respond to every request. Please fill in the form or send us email to: [email protected]
Previous: IVF drug funding could be reduced in Quebec, Health Minister Gaétan Barrette says
Next: Police find $900 million in meth hidden in bra inserts