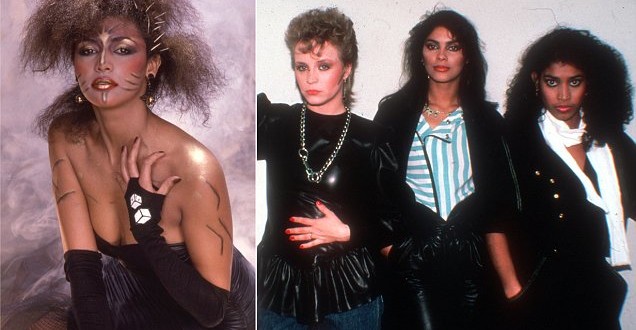 Vanity, the lead singer of Vanity 6 and Prince protégé, whose real name was Denise Katrina Matthews, has died. She was 57.

Denise Matthews passed away in a hospital in Fremont, California on Monday.

Following a lengthy battle with drug addiction which led to near-fatal renal failure in the 1990s, Matthews abandoned her entertainment career and became an evangelical Christian.

Born in Niagara Falls, Canada, Matthews first worked as a model before meeting Prince and becoming part of his girl group Vanity 6. Their biggest hit was 1982’s Nasty Girl.

She later embarked on a solo career, releasing two albums. Her screen credits included the films The Last Dragon, 52 Pick-Up and Action Jackson and the TV series Miami Vice.

Matthews’ drug addiction resulted in an overdose in 1994 and kidney failure. Having kicked her habit and become a born-again Christian she left showbusiness. Following a kidney transplant in 1997 she became an evangelist and preached in the US and around the world. She released her autobiography, Blame It on Vanity, in 2010.

Among the artists who paid tribute to Matthews were MC Hammer, Sheila E and Morris Day of legendary Minneapolis funk band The Time.

SADDEN my FRIEND IN CHRIST gone 2day. Vanity, Denise Matthews. MISS YOU DEARLY. U ARE IN HIS ARMS NOW, NO Pain pic.twitter.com/UbCWtl8brc

Web articles – via partners/network co-ordinators. This website and its contents are the exclusive property of ANGA Media Corporation . We appreciate your feedback and respond to every request. Please fill in the form or send us email to: [email protected]
Previous: Neanderthal DNA has subtle but significant impact on human traits, New Study
Next: Easter Island not destroyed by warfare, says new study