Home » World » ‘Wahlburgers’ premiere party is a sell out an hour 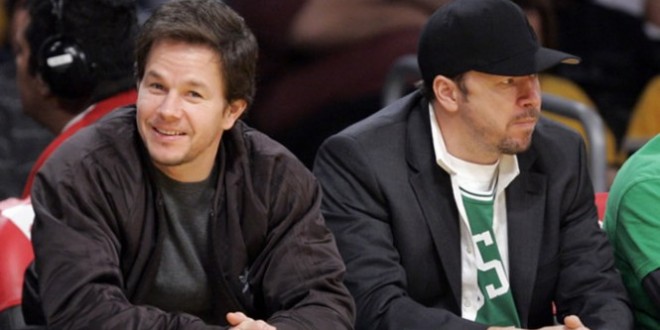 'Wahlburgers' premiere party is a sell out an hour

‘Wahlburgers’ premiere party is a sell out an hour

It took less than two hours for the “Wahlburgers” premiere party on Jan. 22 to sell out. The burger bash is being held on the night the reality show debuts. It airs at 10:30 p.m. on the A&E network. Money raised from the party will benefit the Dorchester Youth Collaborative.

Wow, those went quickly. Our #Wahlburgers TV show premiere party is sold out! We’ll see all the lucky ones who got tickets on the 22nd!

“Wahlburgers,” which airs Jan. 22 at 10:30 p.m. on A&E, has been in the works for months. A short teaser online showcases snapshots of the three Wahlberg brothers as they own and operate the Hingham-based restaurant.

The decision to host the event was largely influenced by the desire to help the youth organization, which serves low-income urban youth with innovative programming. Wahlberg also said he was influenced by the fans.

“It seemed like the right thing to do for Wahlburgers, and for people affiliated with the restaurant stuff,” he said. “It’s more about them than it is for me. It’s showing our gratitude to them. And it’s for a very good cause.”

For the lucky group of attendees, the event will start at 8 p.m. at a pre-party event at Wahlburgers, including an assortment of sliders and drinks. Guests will then head over to the Patriot Cinemas, and the screening will coincide with the airing of the show on television at 10:30.

Wahlberg said his mother, Alma Wahlberg, was expected to attend, as well as other relatives.

Though Wahlberg might have joined his celebrity brothers in front of the camera, the restaurant business won’t be put on a hold, even for the premier.

“I’ll be there cooking and running around,” Wahlberg said.

Web articles – via partners/network co-ordinators. This website and its contents are the exclusive property of ANGA Media Corporation . We appreciate your feedback and respond to every request. Please fill in the form or send us email to: [email protected]
Previous: Kate Middleton : Duchess of Cambridge celebrates her 32nd birthday
Next: New Jersey Gov Chris Christie fires aide in traffic-jam scandal