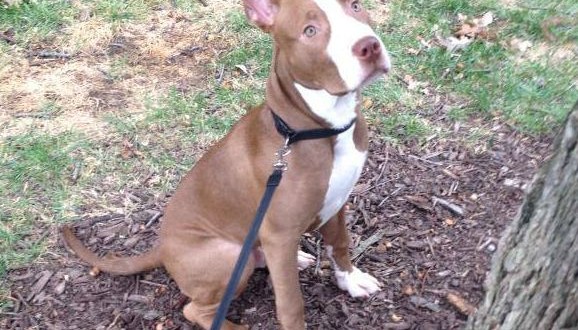 An Illinois National Guard member is reunited with his dog.

Jacob Montgomery lost everything in the November 17th tornado, including his pit bull puppy, Dexter. Montgomery posted pictures of him on social media, as he searched for his dog. After nine days, Dexter was found under the rubble.

A guard spokesman says a neighbor sent Montgomery a Facebook message nine days later to tell him Dexter had been found under debris where the apartment used to be.

An animal rescuing organization had coaxed the 6-month-old puppy out of the rubble with hot dogs.
A veterinarian found Dexter to be malnourished, but without any major injuries.

Montgomery says as soon as the dog saw him “his tail started going.”

I’m sure it did. And kudos to the angels of the animal rescue organization that didn’t give up on Dexter.

Web articles – via partners/network co-ordinators. This website and its contents are the exclusive property of ANGA Media Corporation . We appreciate your feedback and respond to every request. Please fill in the form or send us email to: [email protected]
Previous: Recalled toys 2013 : The blue metal handle on the trunk can be sharp, presenting a laceration hazard to the user
Next: Exploding whale video : not a story for lunchtime viewing!