Home » World » Woman Mauled by Bear Drives Herself to Hospital 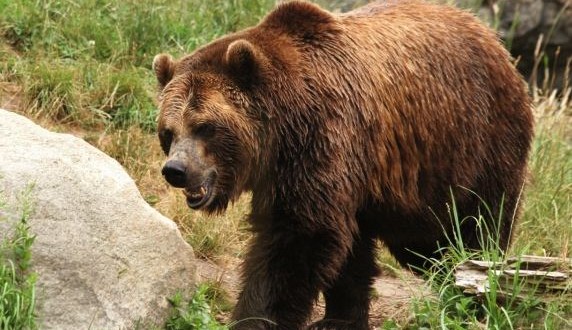 Woman Mauled by Bear Drives Herself to Hospital

Woman Mauled by Bear Drives Herself to Hospital

A 57-year-old woman drove herself to a hospital after she was mauled by a brown bear in Alaska, state troopers said Wednesday.

Thea Thomas was hiking on Tuesday along the Heney Ridge Trail in Cordova, a remote and sparsely populated coastal fishing community southeast of Anchorage, near a stream in which salmon were spawning when two dogs she had with her ran ahead.

The dogs soon sprinted back to her chased by a bear, which she estimated to be between 6 to 7 feet, reared on its hind legs. She told the Alaska Dispatch News she was bitten about seven times, the worst to her back and inner thigh.

“I started to hear this growling,” Thomas told the newspaper from an Anchorage hospital where she had been airlifted on Wednesday. “By the end, I was thinking, ‘I could die here.’”

Thomas returned to her truck, some 1.5 miles away, after the attack, according to a report by Alaska State Troopers.

Web articles – via partners/network co-ordinators. This website and its contents are the exclusive property of ANGA Media Corporation . We appreciate your feedback and respond to every request. Please fill in the form or send us email to: [email protected]
Previous: Maryam Mirzakhani : 1st Woman Wins Prestigious Math Medal in Seoul
Next: Nigeria reports 11 cases of Ebola so far, Report