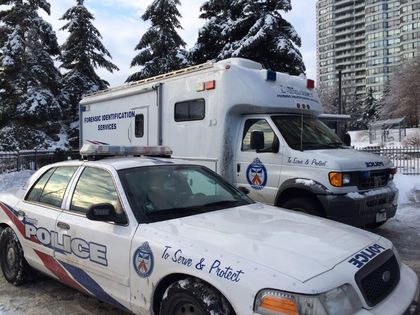 Police spent the night at a Scarborough apartment building after a woman was found dead in one of the units.

Officers were called to Alton Towers Circle, near McCowan and Steeles avenues, at around 11:30 p.m. after receiving a 911 call.

The woman, who is believed to be in her 60s, was pronounced dead at the scene.

Homicide detectives and forensic officers were at the scene Friday morning.

There have been 53 murders in Toronto so far this year.

Web articles – via partners/network co-ordinators. This website and its contents are the exclusive property of ANGA Media Corporation . We appreciate your feedback and respond to every request. Please fill in the form or send us email to: [email protected]
Previous: 12 years slave poster backlash : Brad Pitt and Michael Fassbender Cause Controversy
Next: Plus-size Barbie dolls Sparks Debate Over Body Image