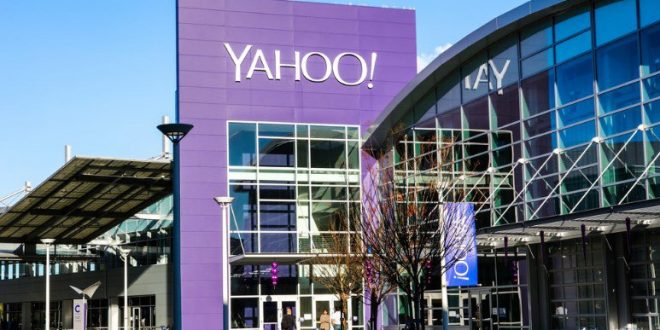 Yahoo (YHOO) disclosed late Monday that it will change its name to Altaba after selling its core operations to Verizon Communications.

In a regulatory filing late Monday, Yahoo announced that assuming it completes its $4.8 billion sale to Verizon, it will change its name to Altaba and half its board of directors — including CEO Marissa Mayer, co-founder David Filo, and chairman Maynard Webb — will step down. Eric Brandt, a former CFO at Broadcom and new Yahoo board member, was named as chairman, effective immediately.

The departures are “not due to any disagreement with the company on any matter relating to the company’s operations, policies, or practices,” Yahoo said in its Securities and Exchange Commission filing.

Verizon executives have recently cast doubt on the Yahoo purchase, announced last July, before two high-profile hacking episodes. But if the sale goes through, Yahoo’s biggest remaining assets will be its 35.5 percent stake in Yahoo Japan and its 15 percent share of Chinese internet juggernaut Alibaba — the apparent seed for the new name. “Still,” The New York Times notes, “Altaba is certainly an unusual name — and it also happens to be close to ‘Al-Taba,’ apparently a manufacturer of scissors based in Pakistan.” To be fair, Yahoo is also pretty similar to mysterious chocolate drink Yoo-hoo, and that didn’t stop the internet powerhouse from doing quite well for itself for more than a decade.

Web articles – via partners/network co-ordinators. This website and its contents are the exclusive property of ANGA Media Corporation . We appreciate your feedback and respond to every request. Please fill in the form or send us email to: [email protected]
Previous: Honda Canada plans $492 million investment in Ontario plant
Next: Federal Government give $46 million to UVic ocean science facility