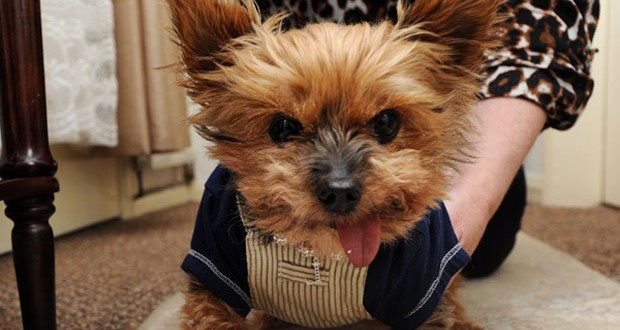 A Linden man is thankful to be reunited with his dog hours after it was stolen along with his BMW from a local gas station.

Surveillance video shows the victim going into the convenience store Wednesday night. He kept his dog in the car, which was left running.

On the video, the car can be seen pulling away, with the owner coming out of the store to find it gone.

The man told police he left the car running and when he came out it was gone — along with “Tuffy” and the man’s iPhone.

Within several minutes of the police broadcast of the theft, officers found Tuffy walking in the 300 block of East St. George Avenue, Sarnicki said.

The $35,000 Beamer was still missing this morning, however.

Detectives are reviewing surveillance video from the station.

Meanwhile, they ask that anyone with information about the theft call them at (908) 474-8535 or email: [email protected]

Web articles – via partners/network co-ordinators. This website and its contents are the exclusive property of ANGA Media Corporation . We appreciate your feedback and respond to every request. Please fill in the form or send us email to: [email protected]
Previous: Heidi klum weight : Star reveals supermodel diet secrets
Next: Nouel Alba sentenced to 8 months in Newtown : collected only about $240