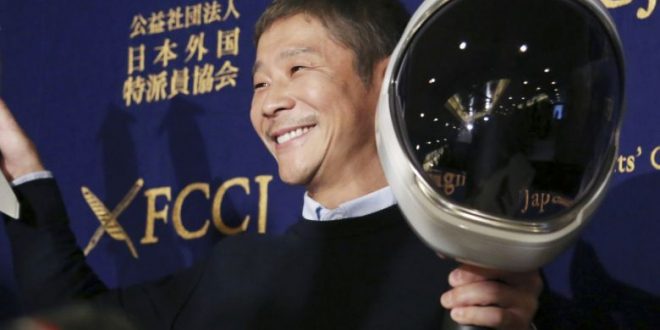 Yusaku Maezawa will give 1 million yen (US$9,000) to 1,000 followers selected at random from those who retweeted a Jan 1 post, with the impact of the money to be tracked through regular surveys.

“It’s a serious social experiment,” said Yusaku Maezawa on YouTube, adding he hopes to attract interest from academics and economists.

Yusaku Maezawa, who is to be the first private passenger to fly around the moon with Mr Elon Musk’s SpaceX, is known for his high spending on art and sports cars but also has a predilection for musing on ideas like a world without money.

He tied the giveaway to the idea of basic income, or the theory of providing a periodic no-strings-attached payment to all citizens, that has gained traction in some political circles and is backed by Democratic US presidential candidate Andrew Yang.

Yusaku Maezawa said that given that he “has the money and free time” to make the payments, he felt the need to try and inspire greater debate over the merits of the theory in Japan.

Web articles – via partners/network co-ordinators. This website and its contents are the exclusive property of ANGA Media Corporation . We appreciate your feedback and respond to every request. Please fill in the form or send us email to: [email protected]
Previous: Geely Mercedes-Benz venture for Smart, Joint Venture of 5.4 billion RMB
Next: Ivanka Trump CES keynote, touts innovation, job growth