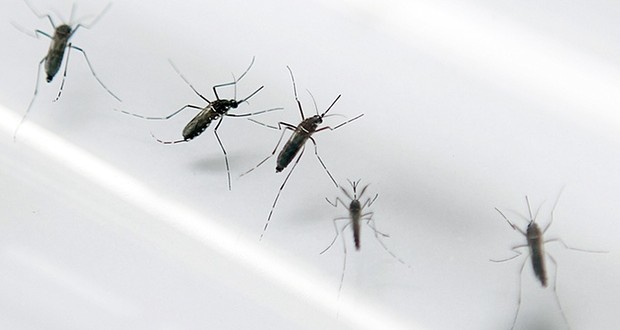 A Danish resident has become the first person in Europe to have the as-yet untreatable virus, Zika.

Health authorities said the man in his 20s had caught the infection while travelling in South and Central America, where it has taken hold.

It came hours after officials in Virginia, America, announced they had also identified a resident who had contracted Zika while abroad.

The Zika virus is spread through mosquito bites from infected insects and has been strongly linked to brain deformities in unborn children.

The European Centre for Disease Surveillance and Control (ECDC) has issued an updated risk assessment on the virus.

Concerns about the disaese have also led the US Centers for Disease Control and Prevention (CDC) to issue a travel warning – advising women to postpone their visits to 14 countries and territories in the Caribbean and Latin America where infection with Zika is a risk.

Last week a baby born with microcephaly in Hawaii became the first newborn to test positive for the Zika virus on US soil. It is understood the mother contracted the virus while in Brazil.

What is the Zika virus?

“The Zika virus is a mosquito-borne infection, which isn’t harmful in most cases. However, it may be harmful for pregnancies, as it’s been linked to birth defects – specifically, abnormally small heads (microcephaly).

“It was first detected in the Zika forest of Uganda in 1947, but is now thought to have spread through most of South and Central America, and the Caribbean.

“The World Health Organization (WHO) has warned that the infection is likely to spread through the warmer regions of North America in the future.”

What are the symptoms?

What is the treatment?

The Zika virus can be diagnosed with a blood test, but there is no direct treatment and drinking plenty of water and taking paracetamol may help.

However, taking anti-inflammatories such as ibuprofen is not advised as there is a risk it could trigger excessive bleeding.

What risks does the Zika virus pose?

“There is evidence that pregnant women who contract the virus during pregnancy (at any trimester) have an increased risk of giving birth to a baby with an abnormally small head.

“Current advice is that pregnant women should consider postponing travel to any region where a known outbreak of the Zika virus is occurring.

“The WHO provides a regular updated bulletin about the current spread of the disease.”

How do I reduce the risk of contracting the Zika virus?

“The most effective methods are to reduce your risk of being bitten by an Aedes mosquito.”

Web articles – via partners/network co-ordinators. This website and its contents are the exclusive property of ANGA Media Corporation . We appreciate your feedback and respond to every request. Please fill in the form or send us email to: [email protected]
Previous: Abe Vigoda: Legendary character actor dies aged 94
Next: Rare clay used by BC First Nations kills drug-resistant bacteria, say UBC scientists