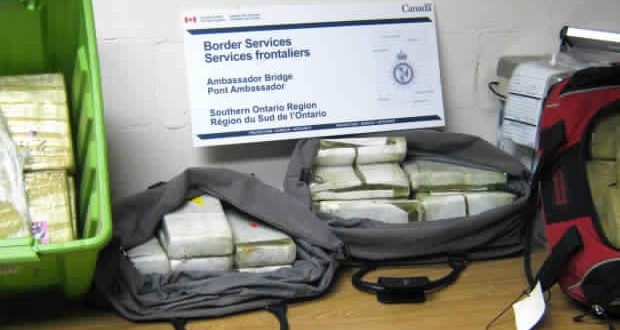 A Toronto trucker faces drug charges after border officers found 52 kilograms of suspected cocaine hidden in his rig this week.

A border officer referred a commercial truck and trailer driven by a 26-year-old man for a secondary examination on Monday.

While searching the truck, officers say they discovered 52 bricks of suspected cocaine inside three duffel bags and a tote located in the storage areas of the truck.

CBSA officers seized the suspected cocaine and arrested the man. The CBSA contacted RCMP officers, who took custody of the drugs and the individual.

Lavdrim Mehmeti of Scarborough is charged with importing cocaine and possession of cocaine for the purpose of trafficking.

Mehmeti is currently in custody and is scheduled to appear in the Ontario Court of Justice in Windsor, Ontario on Aug. 4.

Web articles – via partners/network co-ordinators. This website and its contents are the exclusive property of ANGA Media Corporation . We appreciate your feedback and respond to every request. Please fill in the form or send us email to: [email protected]
Previous: Lynn Anderson, US country singer, dies aged 67
Next: Girl saves mother, baby brother after serious car crash : Report