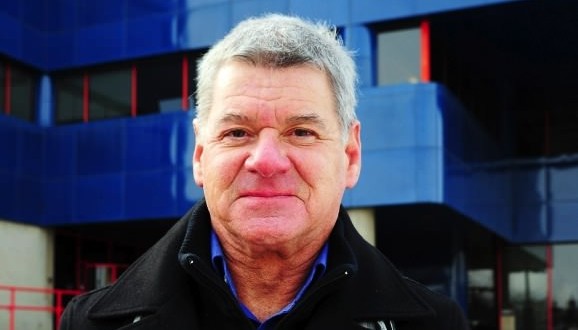 The Edmonton Public School Board received a failing grade Friday for firing a teacher who broke his school’s “no zero” policy.

Lynden Dorval was suspended in 2012 for giving students zeros when they missed tests or didn’t hand in assignments. Four months later, he was fired from his position at Ross Sheppard High School.

In Friday’s ruling, the Alberta appeal board found that Dorval’s treatment was unfair. There was “no evidence of deliberate misconduct” in Dorval’s grading practices, the board said.

The appeal board has ordered that Lynden Dorval be paid his salary from the date of his dismissal and also that his pension be topped up.

It also says it found no evidence of deliberate misconduct on Dorval’s part.

Lynden Dorval says the ruling was a pleasant surprise.

“The Board of Reference was very harsh on what the principal had done and how the superintendent had handled it so I was surprised at that, and also the no-zero, I was expecting virtually no comment on the correctness of the no-zero policy, I assumed that it would be strictly about the legality of what the school board did,” Dorval said.

The school board has 30 days to file the appeal.

In April 2013, the school board reversed its “no-zero” policy policy which barred teachers from giving students a grade of zero.

Web articles – via partners/network co-ordinators. This website and its contents are the exclusive property of ANGA Media Corporation . We appreciate your feedback and respond to every request. Please fill in the form or send us email to: [email protected]
Previous: About Martha, the last of the passenger pigeons, Report
Next: Gout Drug Little Help in Heart Surgery, Study