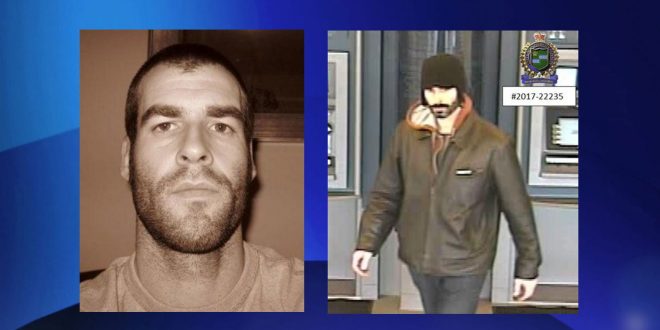 Niagara Regional Police are seeking Canada-wide arrest warrants for Justin Kuijer for first-degree murder and attempted murder in connection to the death of a seven-year-old St. Catharines boy and a Friday stabbing at a local bank.

Const. Phil Gavin says the suspect entered the bank on Martindale Road just before 10:30 a.m. this morning and assaulted a female employee with a weapon.

The man fled the scene in what is believed to be a 2009 Pontiac Montana minivan, licence plate BYTE 392.

Gavin says the woman has been taken to hospital in serious condition, and was possibly airlifted to another hospital.

Gavin says the suspect has been identified as 43-year-old Justin Kuijer from St. Catharines.

He is wanted for attempted murder and is considered armed and dangerous.

Police have also released a surveillance photo of the suspect, which is posted on our website at canadajournal.net

The bank is closed while police continue their investigation.

Web articles – via partners/network co-ordinators. This website and its contents are the exclusive property of ANGA Media Corporation . We appreciate your feedback and respond to every request. Please fill in the form or send us email to: [email protected]
Previous: NASA Selects New Research Teams To Study The Solar System
Next: Ex-MMA fighter War Machine found guilty on 29 or 34 charges, faces life in prison