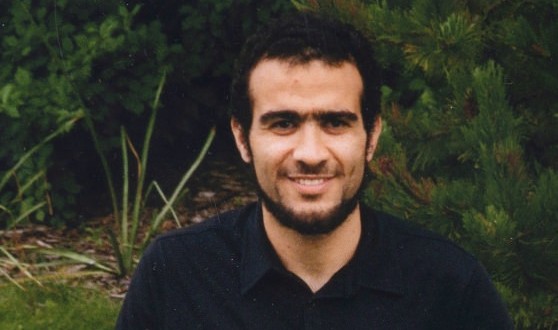 Almost 13 years after the firefight in Afghanistan that led to Omar Khadr’s capture, an Alberta judge has granted him bail. The federal government says it will appeal the ruling. The 2002 firefight killed U.S. Sgt. First Class Christopher Speer and two Afghan soldiers, and badly wounded the 15-year-old Khadr.

Court of Queen’s Bench Justice June Ross, in a 23-page decision, granted Khadr’s bail request Friday morning. He will remain in custody until a May 5 hearing to set out his bail conditions.

“Even though the applicant has pled guilty to serious offences, he should be granted judicial interim release,” the judge wrote, “because he has a strong basis for an appeal, and the risk to public safety is not such that it is in the public’s best interest that he remain in pre-appeal detention in a manner that could render his appeal irrelevant.”

Khadr’s Edmonton lawyer, Dennis Edney, said the case will now go back before the courts to work out the conditions of his client’s release, including where he will live and what he will do with his time.

“Our court has said that subject to our Constitution, Omar Khadr is entitled to bail pending his appeal,” Edney said. “It obviously means that the judicial system has faith in Omar Khadr.

“They agreed that he has a meritorious case before the appeal courts in the United States, sufficient to allow him to be released on bail. And they have also indicated that he presents no risk to Canada — all contrary to what our government has been saying for the last number of years.”

“We are disappointed and will appeal this decision,” Steven Blaney, Canada’s minister of public safety and emergency preparedness, said in a statement Friday. “Our government will continue to work to combat the international jihadi movement, which has declared war on Canada and her allies.

“Omar Ahmed Khadr pleaded guilty to heinous crimes, including the murder of American army medic Sgt. Christopher Speer. We have vigorously defended against any attempt to lessen his punishment for these crimes.”

While Speer’s family declined any comment on the decision, retired sergeant Layne Morris, blinded in one eye during the fire-fight where Khadr was captured, called it “outrageous.”

Transferred to Canada in 2012, Khadr, 28, has been serving what’s left of his sentence at the Bowden Institution south of Red Deer, Alta. Khadr has recanted his confession and sought an appeal of his conviction.

Web articles – via partners/network co-ordinators. This website and its contents are the exclusive property of ANGA Media Corporation . We appreciate your feedback and respond to every request. Please fill in the form or send us email to: [email protected]
Previous: Teen Attacked with Boiling Rice While Sleeping (Video)
Next: Woman Out-Muscles Man On Stadium ‘Flex Cam’ – Watch